This need for public engagement was one of two main themes discussed by Robert Vaughan, a national and local air quality official at the Department for Environment, Food and Rural Affairs, at last week’s annual Care4Air conference. The second theme saw the Defra official emphasise the significance of air quality being accepted for inclusion in national health indicators earlier this year.

Organised by the South Yorkshire Clean Air Campaign, the conference was held in Doncaster on May 30 2012.

Mr Vaughan told delegates that legislative changes in the UK, to be consulted on in early 2013, are likely to include measures to make local authority air quality reports more public-friendly. He noted that the Department was aware of rising public interest in air quality which prompted questions about “how do we maintain healthy public debate around air quality generally and channel that effectively?” 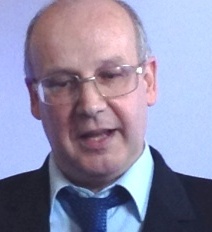 Robert Vaughan, Defra, spoke of the need for clearer messages for the public and the significance of air quality as a health indicator

Suggesting that local authority reports may be too complex and technical for general public consumption, he said: “Air quality reporting at a local level has been very much on detailed assessments and reports and we would like to achieve more public awareness.”

Referring to the work of the campaign group hosting the Care4Air conference, Mr Vaughan praised the work in South Yorkshire by its Clean Air Campaign as an example of best practice in engaging the public and raising awareness.

The significance of the Department for Health’s agreement to include air quality as one of its indicators for healthy living formed a major part of Mr Vaughan’s addresss.

The Defra official explained that in January 2012 the government published the Healthy Lives, Healthy People health outcomes framework which set out a public health framework “with a number of indicators for improving public health, range from sexually transmitted diseases, to noise, air pollution and housing and others as well.”

Some 60 different indicators were all brought together to improve health outcomes and to reduce health inequalities, something which Mr Vaughan considered, in terms of air quality, “as an important achievement to getting it recognised as an indicator of public health. Air quality is one of those indicators fully up there with other indicators.”

The Department for Health document says that “The current burden of particulate air pollution in the UK is estimated to be equivalent to nearly 29,000 deaths in 2008 at typical ages and an associated loss of population life of 340,000 life years lost. Inclusion of this indicator in the Public Health Outcomes Framework will enable Directors of Public Health to prioritise action on air quality in their local area to help reduce the health burden from air pollution.”

Mr Vaughan said that particulate matter is the main metric which will be used to measure the air quality impact on health in terms of per 1,000th of matter per 100,000 of population. And he highlighted the fact that “air pollution is there as one of the top 10 benefits that can be gained in terms of increased life expectancy if there is a 10% improvement in that indicator.” 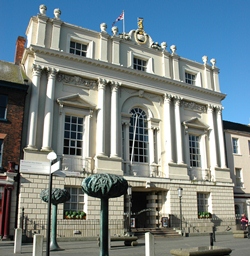 Looking at broader UK government policy, Mr Vaughan picked out a number of topics for his audience which consisted of local authority representatives, transport experts, industry, equipment suppliers and consultants.

He spoke of the government’s emphasis on economic growth, how the revised national planning framework takes into how planning issues can impact on environmental issues and of the red tape challenge proposal to update the Clean Air Act. On planning, he said: “We want air quality action plans to be considered, we don’t want them to be undermined by developments elsewhere; we want planners and air quality officers to work together.”

“The Red Tape Challenge has been characterised by some as a possible threat to the environment and air quality,” Mr Vaughan said. “Government has seen the need to reduce red tape and ensure we focus on the essentials. There was an environmental focus in the summer last year and that has led to some challenges on air quality legislation and the need to simplify that and improve on outcomes and deliver on improvements. There is recognition that the Clean Air Act was in some respects out of date and we need to review that and see how the changes are to be implemented.

The Defra official said that transport challenges were important and this would include work with the Highways Agency.”

And, suggesting some of the thinking behind the review, Mr Vaughan appeared to imply that the UK had become very good at monitoring but perhaps less good at measuring the level of actual improvements.

One reason that air quality achievements have not been as good as might have been, is because recent Euro standards for vehicles have not delivered what the UK expected them to have delivered, he said. “This is a challenge for the whole of Europe, making Euro standards deliver.”

Turning to the European scale and EU plans for a revised air quality directive, he said there is a “significant growth in the amount of work being commissioned by the European Commission to gather evidence on air quality in Europe, the effectiveness of measures and systems introduced and of the impact of air quality legislation over the last decade and more importantly since the last thematic strategy in 2005.

“That work is progressing and will continue until the end of next year and we expect legislative proposals in 2013 although we are not clear of the timing of any revised directives.”

From a UK perspective, Mr Vaughan explained, “we want to know what scope there will be to reduce negative health and environmental impacts and to mix that with combined assurances on sustainable development, and feasible and cost effective measures to improve air quality.”

He noted that “more than 20 member states have challenges on NO2 at the moment, many of those still have challenges on PM. We in the UK have achieved compliance on PM practically across all the UK but there are challenges still in some areas – we need to focus on PM2.5 and achieve improvements there too.”

The “nearly 29 000” deaths pa and the 340 000 life-yrs lost are both underestimates, based on COMEAP’s politically-motivated choice of the 6% coefficient (per 10ug/m3 of PM2.5). On much the same data, the US leading scientists (Pope, Dockery etc.) derived the coefficient ranges 6-17% and 9-28% for cadiac deaths.
http://www.bmj.com/search/Wallis%2520Air%2520Pollution%2520undercount.
If we double the 340 000 life years, the importance of air pollution jumps up in the top ten measures to improve national health. How about it, Robert Vaughan?
Max Wallis, member CIWEM Air Panel