Defra has warned that ozone levels are likely to reach their highest point so far in 2012 in areas of London, just 48 hours ahead of the start of the Olympic Games.

A forecast on the department’s website published at 2pm today (July 25) suggests that ozone levels will be high in some areas of the city over the next 24 hours. 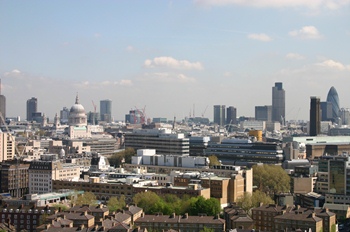 Ozone is harmful to humans as the ozone molecule consists of three oxygen atoms bound together, making it a powerful oxidising agent which can damage biological membranes including the lining of the lungs.

The warm weather is thought to be the cause of the increased level of ozone in the air, with temperatures hitting a peak of 31 degrees Celsius today, and the heatwave is expected to continue into tomorrow, with the MET Office forecasting highs of around 28 degrees C in the capital.

But, forecasts show that there is a potential for showers on Friday, which may help to reduce pollution levels in the air.

Following the high ozone forecast, Defra has published an information bulletin, warning people with health conditions to take precautions when venturing outside.

The bulletin said: “As the weather gets warmer, it increases the possibility that some air pollutants may reach higher levels for short periods of time. The current still and sunny conditions we are experiencing mean it is likely that parts of the UK will experience high levels of ozone later today and tomorrow.

“Whilst most people will not be affected by short term peaks in ozone, some people, particularly vulnerable groups such as those with existing heart or lung conditions, may experience increased symptoms.

“Defra encourages people to take sensible precautions based on the levels of air pollution in their region and their health, such as reducing or avoiding strenuous activity and ensuring they have access to their usual medication, such as asthma inhalers.”

Earlier this week, Simon Birkett, director of air quality campaign group Clean Air in London, called on the Mayor of London, Boris Johnson, to warn the London residents and tourists visiting for the Olympic Games about the risk of a smog episode in the capital.

He said: “Regrettably, we have a ‘perfect storm’ for smog this week with strong sunshine, very low wind speeds, easterly winds and the prospect of severe traffic congestion as the ‘zil lanes’ begin operating from Wednesday.

“Lord Coe and the other Olympic organisers have done everything in their powers to ensure London is ready for the world. But it is urgent the Mayor takes a personal lead in ensuring athletes, visitors and Londoners affected by air pollution are properly warned and advised. The government must change its ways and do the same nationally.”