An ultra low emission zone could be introduced in central London as part of a series of measures to tackle air pollution, Mayor Boris Johnson announced today (February 13).

The Mayor has asked Transport for London (TfL) to draw up plans for a public consultation for an ultra-low emission zone to be introduced by 2020, which would see only zero or low emission vehicles driving in central London during working hours. The zone is expected to be based on the current congestion charge map. 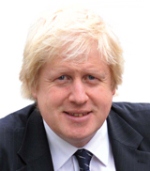 The Mayor also announced a target for all buses in London to be hybrid by 2020, and said that he hoped his proposals would act as a challenge for vehicle manufacturers to ensure more affordable and low emission technologies are in place.

In a key note speech at City Hall today (February 13), he said his proposals would deliver “incredible benefits in air quality” in the capital.

However, the Mayor also revealed that phase five of the capital’s Low Emission Zone (LEZ), due to introduce more stringent emissions criteria in 2015, would now only apply to TfL’s bus fleet in order to save money, leading to campaigners to criticise him for “backtracking”.

He said limiting more stringent emission criteria to TfL buses would save £350 million.

Also announced was an £18 million programme to retire the last 900 Euro 3 standard buses in London so that all of TfL’s bus fleet will be of Euro 4 Standard or better for nitrogen oxide (NOx) emissions by the end of 2015.

Other air pollution measures announced include plans for a new Low Emission Zone for construction machinery, as the Mayor said construction sites are responsible for around 12% of London’s nitrogen oxide emissions.

He said standards would be agreed with the construction industry and will be consulted on as part of new Supplementary Planning Guidance. The Mayor will also work with the Environment Agency to rollout the use of dust suppressants at industrial sites, which he said had reduced concentrations of particulate matter PM10 emissions by up to 59% at a site on Horn Lane.

In a statement, he said: “Creating the world’s first big city ultra low emission zone has the potential to be a game changing moment in the quality of life of our great capital. My vision is a central zone where almost all the vehicles running during working hours are either zero or low emission. This would deliver incredible benefits in air quality and stimulate the delivery and mass use of low emission technology.”

The Mayor’s environment advisor, Matthew Pencharz, said: “The Mayor has put together a team that takes air quality seriously and that is why he has confirmed another £20m will be devoted to improving local air quality. He has also brought forward a package of measures that will deliver double the emissions savings originally forecast for phase five of the Low Emission Zone, whilst saving businesses already battling through a tough economic climate from a £350m bill.”

According to the Mayor, limiting phase five of the LEZ is expected to save around £350 million in costs for businesses using vehicles that would have been affected by the changes.

In his speech, the Mayor said that a range of alternative measures would deliver around 200% of the benefits forecast by the original proposal for phase 5 of the LEZ, which would have seen it apply more widely than to just TfL buses.
He added that the vast majority of emissions reductions through phase five would in any case have been made through the TfL bus fleet.

He also said that European vehicle standards had not reduced nitrogen oxide emissions from vehicles in urban areas to expected levels and therefore pollution levels would not have been reduced as planned under the original phase five proposals.

However, the proposals have come under criticism from environmental campaigners.

Simon Birkett, from Clean Air in London, said: “The Mayor announced today a big backwards step at the start of his second term after a first term of backwards steps on air quality. He announced phase five of the LEZ only two years ago, so he is backtracking on his own policy.”

He also said that the Mayor and the LEZ were not doing enough to combat the problem of diesel emissions: “The simple fact is that the government has known for five years that diesel is a big public health problem, so they should have been doing more to limit diesel five years ago.”

Commenting on the Mayor’s speech, he said: “What he has come up with today is a wish list in effect of what he wants local authorities to do with the Clean Air Fund. Plus, a list of what he wants the next mayor to do, as many of these proposals are planned for 2020. So this is not something that he is pushing to do, this is something he wants someone else to do.”

Jenny Bates, Friends of the Earth London Campaigner was also critical of the proposals, commenting: “2020 is far too late for the Mayor’s plan for a Ultra Low Emission Zone in central London – EU legal limits must be met by 2015 for NO2, but London is set to still exceed levels required for this toxic gas until 2025.”

She added: “The Mayor must take bold and urgent action now including measures to cut traffic levels such as considering London-wide road user charging and drastically increasing funding for cycling – and must abandon proposed new road river crossings in east London which would just add to the traffic and pollution problem.”

We own a motor home and live in SE London why can’t we get an exception to allow us to drive out of London. We don’t want to stay in the London area hence the motor home and only cover 6k a year. Total milage in the LEZ will be approx 10 miles a year leaving this fair city. Our contribution will probably be less than a bus starting.