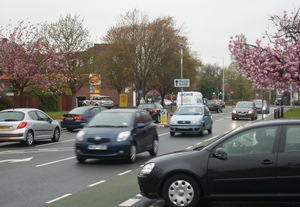 The statistics also show that the average number of days of ‘moderate or higher’ air pollution at urban monitoring sites in 2012 fell from 2011 figures for particulate matter PM10 and 2.5, nitrogen dioxide and ozone.However, there was a slight increase from 0.7 days in 2011 for sulphur dioxide to 0.9 days in 2012.

The Defra statistics summarise the concentrations of major air pollutants as measured by the Automatic Urban and Rural Network (AURN), and cover annual average concentrations in the UK of particulate matter PM10 and ozone from the

Defra states in the statistical report that these are the two pollutants thought to have the greatest health impacts.

The release also covers the number of days when air pollution was monitored in the bandings ‘moderate or higher’ for particulate matter PM2.5 and PM10, nitrogen dioxide, ozone and sulphur dioxide. The next annual statistical release is scheduled for April 2014.

Defra uses four bandings for air quality monitoring and forecasting based on a 1-10 index: low (1-3); moderate (4-6); high (7-9); and very high (10). However, on January 1 2012, these air pollution bandings and the air pollutants monitored were modified.

The statistical information for 2012 no longer includes carbon monoxide and instead includes data on particulate matter PM2.5. This is because, according to Defra, ambient concentrations of carbon monoxide are now very low and of ‘little health concern at most locations across the UK’, while health impacts of PM2.5 ‘are of increasing concern’.

According to Defra, the thesholds for air pollution bandings have been changed to, in most cases, be ‘made more stringent’. For nitrogen dioxide, sulphur dioxide and PM10, the lower threshold of the ‘moderate’ banding has been reduced to make it consistent with EU limit values.

The changes followed a review by the UK Committee on the Medical Effects of Air Pollutants (COMEAP), which recommended an update to the bandings that had been used since 1992 due to scientific advances and legislative changes.
According to Defra’s pre-release statement in February, the changes were likely to have a ‘significant’ effect on the statistics based on air pollution bandings. In most cases, Defra said, the more stringent bandings would result in an increase in monitored banding levels for most air pollutants in the annual statistics.

As a result of the changes, results from 2010, 2011 and 2012 have been presented in this year’s statistical release using the new methodology alongside the old methodology for comparison.

However, in the report released today, Defra states that the change in methodology ‘has not significantly affected the average number of days per site with ‘moderate’ or higher ozone at urban sites’.

The report, ‘Air Quality Statistics in the UK, 1987 to 2012’, is available on the Defra website. https://www.gov.uk/government/publications/air-quality-statistics