Nitrogen dioxide makes up a greater proportion of pollutants emitted from newer types of diesel cars in comparison to older diesel technologies, a Defra report has found. 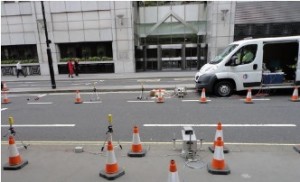 According to the report, ‘Road sensing of NO2 exhaust emissions from road vehicles’, nitrogen dioxide from diesel cars has increased overall from a 10-15% proportion of nitrogen oxide emissions for Euro 3 standard vehicles or older to an average of almost 30% for newer Euro 4 or 5 vehicles.

Published this week (May 20), the study states that unlike petrol cars, nitrogen oxide emissions from diesel cars peaked around the year 2000 but has overall shown little change during the last 20 years.

However, the proportion of harmful nitrogen dioxide in nitrogen oxides has increased over this period, although the study also emphasises that there are differences between pollutants emitted from different diesel technology manufacturers.

The report states: ‘It is clear that some manufacturers adopt emission control approaches that result in a considerably lower nitrogen dioxide/nitrogen oxide fraction than others. These results indicate there would be scope for significant reductions in nitrogen dioxide emissions if the lower emitting technologies were more widely adopted.’

In the study, lead authors David Carslaw of King’s College London and Newcastle University’s Glyn Rhys-Tyler summarise the key findings from a series of measurements taken during the summer of 2012. These measurements were taken by directly monitoring vehicle emissions from exhaust using a remote sensing detector provided by the University of Denver.

According to the report, the direct measurement of nitrogen dioxide has not previously been possible using other remote sensing detector (RSD) equipment available in the UK.

The project, which aimed to quantify emissions of nitrogen oxides from urban road vehicles, was funded by the Department for the Environment, Food and Rural Affairs (Defra) with assistance from the City of London Corporation and Ealing borough council.

However, while the study focused in particular on nitrogen oxides, measurements were also taken of carbon monoxide, hydrocarbons, ammonia, sulphur dioxide and particulates.

In order to mitigate the level of air pollution from taxis, the report concludes that ‘the Mayor’s

proposals for a new taxi capable of zero emission (at tailpipe) operation is the most effective way of delivering comprehensive reductions in all taxi emissions’.

The study also looked at Transport for London (TfL) buses fitted with selective catalytic reduction (SCR) systems, which have been designed to pass Euro emissions standards rather than being optimised for urban situations – such as low speed and low engine temperature.

The report states that the remote sensing detector equipment approach of directly monitoring vehicle emissions ‘has proved to be extremely valuable’.

As a result, the study recommends that this kind of direct monitoring system is deployed in the UK more frequently, as it claims that it provides more detailed vehicle technology information.

It adds: ‘Such information would serve two main purposes: the identification of the most effective emissions control technologies to reduce nitrogen dioxide, and the information needed for emission inventories to calculate robust emission estimates.’

It also recommends that the system is used to monitor the emissions reducing technology retrofitted to 900 London buses in order to ‘help confirm the emissions characteristics of these vehicles’.

The four survey sites selected for the survey were Aldersgate Street and Queen Victoria Street in the City of London and Greenford Road and Target Roundabout in Ealing.

Diesel Cars or Petrol Cars? Which Is Cheaper to Run? - HOW TO SAVE MY MONEY?

[…] money was invested into making diesel more user friendly. And when the experiment almost succeeded, most recent research blown out that theory. Diesel is less environmentally and human friendly. This is because of nitrogen oxides (NO2). […]

Hi,
My lungs when cycling tell me buses and lorries are by far the worst emissions on the road, which is so bad when I am near them that I have to hold my breath now she nice they greatly affect my breathing suggesting one day soon you will be sued.
Buses in all towns and cities should run via electric overhead cables or replaced with trams . Oh let me think going back to what we used to have and what cities abroad use all the time .

[…] dioxide that’s the problem. If anything, all the kit to lower carbon emissions seems to make this even worse. So, Boris wants the cars that cause most problem to be […]