The London borough of Hillingdon has seen the highest increase in the percentage of deaths attributable to air pollution, according to the latest government figures released today (November 6). 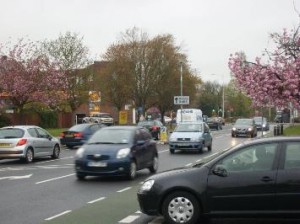 Hillingdon showed the largest increase in the percentage of deaths attributable to man-made air pollution in 2011, according to government figures

However, the City of London remains the worst area in the country with 8.94% of total deaths attributable to particulate matter PM2.5, despite a small improvement on the 2010 figure of 9%.

Also, nearly half – 15 – of London’s 33 boroughs showed an increase in the percentage of deaths attributable to air pollution in between 2010 and 2011.

Meanwhile, Gateshead showed the biggest improvement, with the air pollution death rate falling to 4.18% in 2011. The top five best performing areas in England in 2011 also includes Sandwell, Blackpool, Sunderland and the Wirral.

The findings come in the Department of Health’s 2011 data on its public health indicator for the fraction of mortality attributable to man-made particulate air pollution in England. The Department began publishing figures on the indicator in 2010.

Clean Air in London campaigner, Simon Birkett said: “It is shocking to discover late in the ‘Year of Air’, and nearly six years into the Mayor’s term of office, that human-made air pollution (PM2.5) killed more people in 15 London boroughs in 2011 than 2010 and far more than 10 times the number dying from road traffic accidents.”

He added: “Clean Air in London applauds Public Health England, the Committee on the Medical Effects of Air Pollution and the Department of Health for publishing these statistics about air pollution – the biggest public health risk after smoking. We also applaud the greater precision of the statistics this year.”

Mr Birkett also asked why the London Mayor and nearly half of all London councils were “allowing the health impact of air pollution to worsen?” and called for a debate on the issue in parliament.

He said: “London should be leading the world in tackling air pollution not suffocating in a smoky pit. Three cheers for the boroughs fighting to lead the way.”

Friends of the Earth

Also commenting on the Department of Health data, Friends of the Earth campaigner Jenny Bates, said: “It is completely unacceptable that anywhere has seen a worsening in the percentage of deaths attributable to air pollution.

“We know air pollution is the biggest environmental public health risk, and has been classed as cancer-causing by the World Health Organisation. Air Pollution particularly affects some of the most vulnerable such as the young and elderly, as well as the most disadvantaged who tend to live near main roads where pollution is worst.”

She added: “The government, the Mayor in London and local authorities must all take bold action urgently to at least bring air pollution within legal limits and helping people use cleaner greener transport options.”