Legal action has been launched against the UK for its ‘failure to cut excessive levels of nitrogen dioxide’ – largely from road traffic – by the European Commission today (February 20).

European legislation sets limits on air pollution and nitrogen oxides that should have been achieved by January 1 2010, unless an extension was granted until January 1 2015 after a ‘credible and workable’ air quality improvement plan for meeting the standards has been agreed. 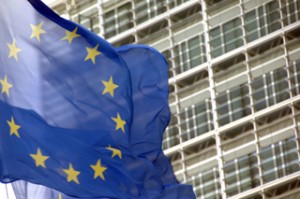 According to the European Commission, nitrogen dioxide is the ‘main pre-curser for ground-level ozone causing respiratory problems and premature death’.

However, the UK failed to meet the 2010 deadline or to apply for an extension, with compliance instead estimated for 2020 in 15 zones outside London and 2025 for the single zone inside the capital.

As a result, the Commission has written to the UK government giving notice of the legal proceedings, to which it has two months to respond.

A Commission statement reads: “The UK has not presented any such plan for the zones in question. The Commission is therefore of the opinion that the UK is in breach of its obligations under the Directive, and a letter of formal notice has been sent. The UK has two months to respond.”

In response, a spokesman for the Department for the Environment, Food and Rural Affairs (Defra) said that meeting nitrogen dioxide limit values was a ‘challenge’ but that it was ‘investing heavily’ in transport measures on busy roads.

The Defra spokesman said: “Air quality has improved significantly in recent decades. Just like for other Member States, meeting the NO2 limit values alongside busy roads has been a challenge. That is why we are investing heavily in transport measures to improve air quality around busy roads and we are working with the Commission to ensure this happens as soon as possible.”

The Commission’s decision to pursue legal action follows the UK Supreme Court’s ruling in May 2013 that the UK is in breach of air pollution limits in 16 of 43 zones and the UK government is failing in its duty to tackle the problem (see airqualitynews.com story).

Responding to the Commission’s announcement today, ClientEarth – the campaign group which took the UK government to court in that case last May – called for a national network of low emission zones to tackle the air pollution problem.

Chief executive of ClientEarth, James Thornton, said: “We have the right to breathe clean air and the government has a legal duty to protect us from air pollution. The Commission has singled out the UK following the Supreme Court’s landmark decision last year. The UK has some of the highest levels of nitrogen dioxide in Europe.”

“If Owen Paterson wants to avoid another disaster for his department he will need an ambitious plan to protect people from deadly diesel fumes. We need a national network of low emission zones to save lives and make the UK a world leader in clean transport.”
The Commission’s case against the UK is expected to be heard later this year. The Commission is also currently taking action against 17 Member States in which there are ‘serious air quality problems’ concerning high levels of particulate matter PM10.

Founder and director of campaign group Clean Air in London, Simon Birkett, welcomed the Commission’s decision to pursue action against the UK, adding that Environment Commissioner Janez Potocnik was ‘right to delay legal action’ while ClientEarth’s case was taking place and the EU’s recent Clean Air Policy Package was still being negotiated across Europe.

He said: “This enforcement action against the UK is much needed.  The UK has failed repeatedly to comply with NO2 limit values in legislation since 1999 to be complied with by 1 January 2010.”

Friends of the Earth London campaigner, Jenny Bates also backed the “much-needed legal action” which she said would “hopefully force the government to take urgent action to end a national scandal”.

She said: “The government, Mayor of London and local authorities must now take tough and rapid measures, such as reducing traffic levels, rather than increasing road-capacity. This would cut air pollution and congestion, and make our towns and cities cleaner, healthier places for people to live and work.”

Older diesels are not as efficient as newer diesels.
They emit far less NO2 as a consequence. CO2 not being a pollutant but rather essential for life.
& as for particulates, the finer particulates of petrol engined vehicles are more of a problem for the human body to deal with & with less efficient combustion the level of unburnt HCs are far more dangerous.
The reality is that the biggest danger we face is idiot politicians, idiot EU directives and idiot researchers and the idiot religion of CAGW
I see Mann has just been found guilty of falsifying the hockeystick.

Great informed comments – all largely wrong. Yes Mr Ross – actual real monitoring tells us we’re above the limit values. And dictated to? So you want a situation that our own Governernment admits brings an early death to 29,000 a year to continue?? It is cars and lorries that are the main problem for nitrogen dioxide but no governement has the courage to take measures that would reduce the problem. The poor motorist getting bashed again – it’s fine -let’s carry on killing thousands of people, it’s invisible pollution so we can sweep it under the carpet.

“The UK has some of the highest levels of nitrogen dioxide in Europe.”
This is based on what ?
population density ?
statistical analysis?
actual monitoring?????
I think that government has had its day –
£240 billion squandered, wasted & thrown away each year on inept rubbish and they have the AUDACITY to dictate to us. AND worse still, we are dictated to remotely from the EU !

EU idiots at work again why don’t they take a look at Cyprus and the rest of the outer edges of this great big EU cess pit stubble burning still goes on down here and as the cars and trucks are only tested every 2 years against our 1 yearly test in the uk , large numbers of vehicles pump black smoke out year after year a lot of the mot tests are lax to say the least ! I have an L 200 in one of these new European countries, and you cannot pass me for the smoke ,its… Read more »

The fertiliser industry is responsible for many excursions beyond safe limits from their nitric acid plants in the course of making ammonium nitrate. Sanctions are rarely applied and are stated to be “allowed” in law.