An inquiry into UK air quality examining the latest evidence on health impacts has been launched by a House of Commons select committee today (May 2).

The Environmental Audit Committee (EAC) has issued a call for evidence and written to the London Mayor, Boris Johnson, seeking information on the UK’s progress on recommendations outlined in a 2011 report published by the committee. 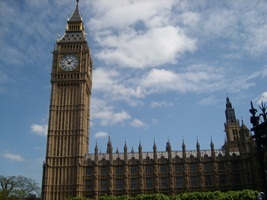 In addition, the inquiry will examine the role that might be played by new environmental technologies and the scope for wider transport policies to contribute to cutting air pollution.

It follows the news in February that the UK government will face legal action from the European Commission over its failure to meet deadlines to cut ‘excessive’ levels of nitrogen dioxide’ pollution (see airqualitynews.com story).

Meanwhile, Defra’s latest annual air quality statistics published last week (April 23) revealed that levels of particulate matter and ozone rose in 2013, although there was a decline in the average number of days of moderate or higher air pollution in urban areas (see airqualitynews.com story).

“The Environmental Audit Committee warned four years ago that an urgent policy response, greater public awareness and a shift in transport policy was required if air quality was to be improved. We will now be examining what progress has been made by central and local government since then in removing the most polluting vehicles from the road and encouraging cleaner forms of transport.”

Written submissions of no more than 3,000 words are being sought on the EAC website by 12pm on Thursday June 5 2014.