A report by MPs making a raft of policy recommendations to tackle the UK’s air pollution “public health crisis” has been welcomed by a number of experts, politicians and campaigners.

Simon Birkett, founder and director of Clean Air in London

In response, Defra outlined the millions it is spending on air quality measures but said it would be “responding to the report fully in due course”.

The document was praised as “EAC’s best report yet on air pollution” by Clean Air in London (CAL) campaigner Simon Birkett, who added that it “slams the government for five years of inaction and puts forward a comprehensive and practical package of measures to reduce pollution and protect people”.

He explained that the report highlights “for the first time the dangers of nitrogen dioxide equally with particles”, but that it demonstrated the “painfully slow” progress on tackling air pollution in London.

Mr Birkett said: “Exactly 62 years after the Great Smog in London, the EAC’s report highlights the need for a similar revolution to reduce pollution and protect people from what is still the biggest public health risk after smoking.”

The Institute for Air Quality Management (IAQM), a membership organisation representing more than 300 air quality professionals, said that many of the recommendations in the report – particularly the call for a new Air Quality Strategy – reflected points “consistently raised by the IAQM over the past few years”. 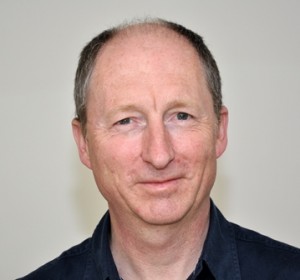 IAQM emphasised the need for a more coordinated approach across national and local government to tackle air pollution, citing its own evidence submitted as part of the EAC inquiry, which had called for greater support and guidance for local authorities when implementing air quality measures.

The Institute also highlighted the need for better leadership on the issue within government, as Defra has “relatively little control over emissions” despite having “the most interest”, yet the Department for Transport (DfT) and the Department for Communities and Local Government (DCLG) “could exert more influence but do not appear to have air quality as any priority”.

Welcoming the EAC report, Roger Barrowcliffe, IAQM chair, said: “The IAQM supports many of these recommendations and hopes that government and others will act accordingly. On this occasion, unlike with previous reports on this subject, we cannot afford to be passive and hope the problems will simply recede of their own accord.”

One of the headline recommendations of the EAC report was for a change in planning rules to stop schools, hospitals and care homes being built next to air pollution hotspots – a suggestion welcomed by Green MEP for South East England, Keith Taylor. 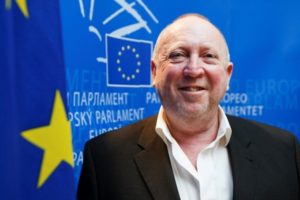 The Green Party MEP said: “Continuing to allow unchecked air pollution means sentencing children to poor respiratory health and earlier death. I’m glad the environmental audit committee are urging the government to increase their efforts to protect children in polluted playgrounds as up until now they have completely failed to act.

“Air pollution is second only to smoking as a killer. The government must stop pretending the problem doesn’t exist and make air pollution an immediate priority with adequate funding to make a real impact.”

Despite the EAC report – its third on the issue within five years – bringing a conclusion to its own inquiry into air quality in the UK, the Committee also stated its support for a separate, independent public inquiry to “look at the required urgent action on air pollution”.

Supported by 25 MPs and Peers, the Campaign for Air Pollution Public Inquiry group said it was “extremely positive” that the EAC had supported calls for an independent inquiry.

Labour MP for Hayes and Harlington, John McDonnell, said: “This is a major breakthrough for the campaign for a public inquiry into air pollution. People are dying in large numbers every year and yet existing policies to tackle air pollution are having no effect. We urgently need an inquiry into how we can tackle the mounting air pollution crisis.”

Within the UK, London has a particular problem with levels of nitrogen dioxide which breach EU limits. 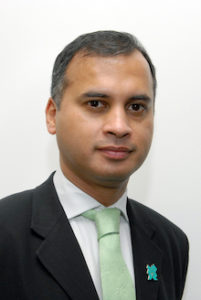 The London Mayor, Boris Johnson, is planning an ultra low emission zone (ULEZ) in the capital from 2020 to try and tackle some of the air pollution problems. In addition, Mr Johnson last week also voiced support for possible ‘car-free Sundays’ in the capital, before on Friday announcing plans to plant the final 4,300 trees in London as part of his Street Tree Initiative, which is expected to help boost air quality.

However, Murad Qureshi, London Assembly Member for Labour, said the EAC report was a “devastating indictment of a Mayor and government that have failed to tackle one of London’s biggest environmental and public health challenges”

Mr Qureshi also repeated calls for an expanded ULEZ to cover a larger area and to include more vehicles.

He said: “There can be no more hiding, spinning and veiled threats to scientists. This is Boris’ final opportunity to deliver a better air quality legacy before he takes off for Westminster.”

Friends of the Earth campaigner in London, Jenny Bates, also welcomed the EAC report, calling for government department to “get behind the issue” and for a “moratorium on roadbuilding and airport expansion” to tackle pollution.

Biofuelwatch campaigner, Almuth Ernsting, said: “For a cash-strapped local authority, the cheapest and financially safest option is, by far, always to approve developments, however polluting they are. Where local authorities have put the health of communities and compliance with legal air quality limits first, many have seen decisions overturned by the government and some have faced paying significant legal expenses.  So-called simplified planning rules and ‘red tape’ cutting actually mean more deaths and illness from air pollution.”

Charity the British Heart Foundation (BHF) voiced its support for all the points made in the EAC report, stating that the government “must act on these recommendations quickly if we are to improve the quality of the air we breathe and protect the nation’s health”.

Simon Gillespie, chief executive of the BHF, said: “Exposure to certain air pollutants can have a devastating impact on people with heart conditions, increasing their risk of a heart attack. Yet the UK continues to flout legal air pollution limits.

“The government cannot continue to ignore this issue. We knew that air pollution was harmful to our hearts in 2011 when the last report came out. Now the evidence is even stronger.”

Did any Londoners look at my submission to the air quality committee?