An investigation into the death of a British Airways’ pilot in 2012 has led a senior coroner to warn of the dangers of crew and passenger exposure to contaminated air on board aircraft.

In December 2012, senior coroner for Dorset, Sheriff Stanhope Payne, began investigating the death of pilot Richard Westgate at the age of 43 in his hotel room in the Netherlands. 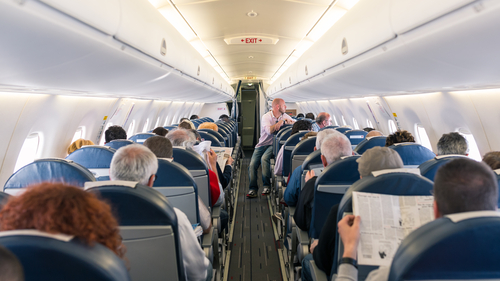 And, while the investigation has not yet concluded, the coroner has written a report under regulation 28 of Coroner’s (Inquests) Regulations 2013 raising ‘matters of concern’ from his initial investigations. This report has been sent to British Airways and the Civil Aviation Authority, which both have 56 days to respond.

The regulations give the coroner the legal power and duty to write a report following an inquest ‘if it appears there is a risk of other deaths occurring in similar circumstances’.

According to the Coroner’s ‘Report to prevent future deaths’, aircraft crews and passengers can be exposed to ‘organo-phosphate’ compounds in cabin air, with consequential damage to their health.

Mr Payne said that Mr Westgate’s death disclosed symptoms consistent with exposure to these compounds found in aircraft cabin air, which can cause lymphocytic myocarditis – or inflammation of the heart muscle.

Aircraft themselves are also at risk, the report adds, if pilots and cabin crew are impaired from controlling a plane as a result of exposure to these compounds in the air, for which there is currently no real-time monitoring to aid detection.

Campaign group the Global Cabin Air Quality Executive (GCAQE), which aims to raise awareness of air contamination issues inside aircraft, claims that oil and hydraulic fluid in an aircraft’s engine can sometimes get into the ventilation system and contaminate air inside the cabin.

Boeing 787 aircraft, GCAQE claims, are the only commercial models with ‘bleed free’ technology to ensure the air inside the cabin is free of hazardous engine oil fumes.

Susan Michaelis, GCAQE’s head of research, said: “The industry was warned of the health risks of exposing crews and passengers to contaminated air as far back as 1954. It’s only with the smoking ban in the late 1980s that the public finally realised the air they were inhaling could be contaminated. The serious Matters of Concern raised by the senior coroner for Dorset show that no crew member or passenger should ever be exposed to contaminated air, especially when the industry has an alternative solution flying on the Boeing 787.”

The lawyer acting on behalf of Mr Westgate’s family, Frank Cannon of Glasgow-based Cannons Law Practice, said aircraft crews, rather than passengers, were especially at risk due to more continued exposure.

“When a plane lands, the passengers get off, but the crew turn around and do the same thing all over again, day in day out.”

He added: “The rule emerges that if you are unable to detoxify between flights at a rate which is equal to or greater than the rate at which you are re-intoxicated by repetitive, successive and cumulative exposures, you will become extremely unwell.”

A spokesman for British Airways said: “We will respond to the coroner in due course. It would be inappropriate to comment further while proceedings are continuing.”

Ditto for all sorts of fine particulate getting into our blood, and then getting delivered in various doses everywhere, including the brain. Consider fine particulate and autism in children, the old lead contamination near highways, PTSD in soldiers, burn pits at army bases, smoke inhalation inflammation in serious house fires, the heart troubles of smokers, my lymphoma, increased dementia in wood burners, and now pilots in enclosed cockpits.

Very interesting – and worrying – thank you for drawing this to our attention. One point – it mentions de-toxifying – how does this actually happen, please? Naturally through respiration and digestion/sweating? Exercise? Or should people do anything extra? I’ve experienced a few very nasty occasions of “bad aircraft air” as a passenger (with broncho-asthma … always a non-smoker) – on board – esp. while waiting to take-off when the plane is “revving-up” (?), upon landing (inside & out) and in the terminal a couple of times (open doors close by) – phew! Very nasty stuff. I was once left,… Read more »