A government funding scheme aimed at boosting domestic electric and low emission vehicle infrastructure has been extended to 2020, but with a £200 reduction in the maximum individual grant.

The current Electric Vehicle Homecharge Scheme comes to an end next month, but the government today (February 26) announced £15 million funding which will keep the scheme running up to 2020. 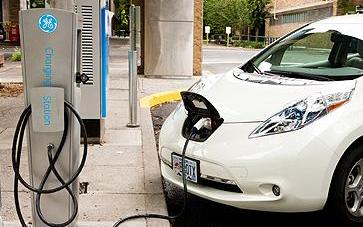 OLEV has announced a £43 funding package for ultra low emission vehicle infrastructure, research and development up to 2020

The scheme will enable drivers of ultra low emission vehicles (ULEV) to receive a 75% grant of up to £700 from April 13 2015 towards the installation of a domestic charge point – a reduction in funding from the current scheme, under which ULEV drivers can receive up to £900.

Confirmation that the homecharge grant scheme will be extended for another five years from April will provide some certainty for chargepoint installers, as until today it was unclear whether grants would still be offered after next month.

However, after several small installers voiced their anger at the number of late grant payments from OLEV (see airqualitynews.com story), installers will now need to adjust their budgets for the £200 reduction in the forthcoming grant scheme.

It is part of a £43 million plug-in vehicle infrastructure, research and development funding package announced today by the Office for Low Emission Vehicles (OLEV) within the Department for Transport (DfT) aimed at encouraging uptake of ULEVs, which can help reduce local air pollution as they emit low to zero tailpipe emissions on the road.

The package includes £8 million to support public charging infrastructure across the UK, which alongside £15 million Highways Agency funding announced last year, will deliver chargepoints on major roads and across towns and cities. Bidding for these schemes will open in May 2015.

A total of £9 million has also been set aside for “other infrastructure priorities”, including ensuring that the chargepoint network “remains accessible and open for users”. OLEV said further details on this funding will be announced later this year.

Meanwhile, £11 million funding in the package will go to 50 organisations, ranging from small businesses to major universities, working on 15 ULEV research and development projects.

Transport Minister Baroness Kramer announced the funding during a visit to Nissan’s European technical development centre in Cranfield, Bedfordshire today. Earlier, the minister also visited Gordon Murray Design Ltd in Guildford, one of the recipients of the new research funding, before touring McLaren’s technology and production centres at Woking.

Baroness Kramer said: “The funding announced today marks another milestone in the government’s support for ultra low emission vehicles as their popularity takes off. The public will find it even easier to charge their cars when they are out and about thanks to our £8 million commitment to support new chargepoints across key locations in our towns and cities. And we have today announced another £15 million to continue to back the rollout of convenient home chargepoints across the country.

“Our support to the ULEV industry will help ensure the innovation that is a hallmark of the British automotive industry will continue to drive development in this vital growth sector.”

A further waste of tax payers money! This Gordon Brown error, initiating government support for cars fuelled by electricity from coal and gas fired power stations is unsustainable. The only clean, sustainable fuel is Hydrogen (and not that derived by cracking methane). It is many wasted years overdue to refocus any tax payer subsidy only to sustainable options.

It is simply wrong to state that ULEV are powered from dirty fossil fuels. For example, Ecotricity provide a national network of EV charging points with power achieved through wind farms. No crude oil extraction, refining or transportation is needed unlike more traditional fuels.

The hydrogen argument is flawed as it ignores the fact that hydrogen has to be manufactured (by electrolysis, using the electricity that would otherwise charge an electric car. I think that makes the hydrogen car less efficient per kwh of electricity consumed, but look forward to being advised differently.