The European Union is currently drawing up new proposals for emissions limits in the existing Industrial Emissions Directive (IED) for publication later this year, but has drawn criticism from Greenpeace over the inclusion of industry representatives from affected energy plants in these discussions. 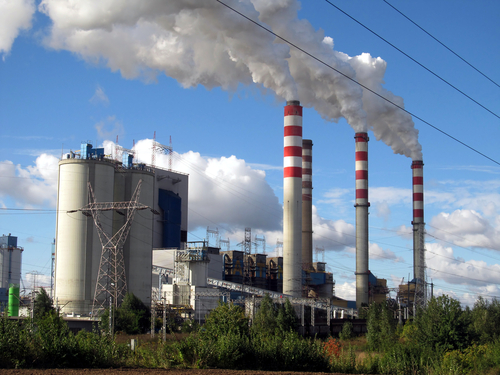 Greenpeace said its investigations found that the new emissions limits being considered are “significantly weaker” than those in China and “several times weaker than what’s already been achieved by the least polluting plants in other developed economies, including the US and Japan”.

And, it suggested that the alleged weakening of proposed IED limits is partly due to the inclusion of representatives from affected industries in the EU discussions

The campaign group claims that the latest proposals for existing coal plants would allow them to emit 30% more sulphur dioxide (SO2) and 80% more nitrogen oxides (NOx)than the equivalent Chinese standards, and several times more than the average of all plants operating in Japan.

As such, Greenpeace is urging that new IED air quality limits should be based on the best clean technologies already in place, and that regulations should establish regular measurements of mercury and other emissions to check for compliance.

The UK government in particular is specifically singled-out for criticism for allowing industry representatives to be party to discussions over updating the IED, with Greenpeace calling for a reform of the EU regulatory process to make it “more transparent and less biased towards the polluting industries”.

Greenpeace UK energy campaigner Lawrence Carter, said:”This is a classic case of the fox guarding the henhouse. By leaving the big polluters to write new air pollution rules, EU and UK ministers are guilty of a collective dereliction of duty.”

However, a spokesman for the UK government said that it was “absolutely right” that the IED working group includes industry representatives because they are “well positioned to advise on these very technical and complex matters”.

The government spokesman also said that UK civil servants should represent stakeholder interests in Europe, including interests in industry.

The government spokesman said: “These new limits have been proposed by Europe and the UK is keen to ensure the limits are based on clear and appropriate evidence.

“We follow a standard procedure for informing what the UK government position is when it comes to setting limits across Europe for different industrial sectors, including the Large Combustion Plant sector. In doing so, government officials take into consideration input from a number of different groups including industry and non-governmental organisations and in some cases, externally commissioned evidence based reports, in order to understand what is technically feasible and cost beneficial in the UK.”