Electrically-powered cars can now be used as taxis and private hire vehicles in Edinburgh after changes to licensing conditions were approved by city councillors. 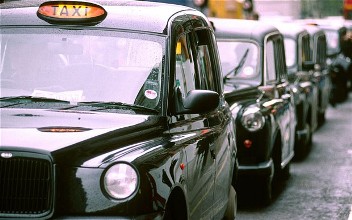 Members of the city council’s regulatory committee agreed last week (April 28) to change licensing conditions for taxis, as since 2006 only cars powered by liquid fuel had been allowed to operate as taxis or private hire vehicles (PHVs) in Edinburgh.

It is hoped that encouraging more drivers and taxi firms to use electric vehicles will help to cut air pollution as well as carbon emissions.

The decision follows a public consultation into the proposal, the results of which were published in a report to the committee last week.

There were nine responses to the consultation, none of which objected to the proposal, but suggestion was made that ‘consideration should be given to banning diesel powered vehicles’, according to the report.

Edinburgh city councillor Gavin Barrie, convener of the regulatory committee, said: “The report recommended a change to the licensing rules because the current conditions, which were set in 2006, allowed cars powered by liquid fuel only.

“This change will take into account advances in vehicle performance technology, and will give drivers the option of using cars that can be less damaging to the environment and will improve air quality, through reductions in harmful carbon emissions.”

The council currently has a limit on the number of registered taxis allowed to operate in Edinburgh of 1,316 but has no plans to increase this limit.

In February, the London Taxi Drivers Assoiation (LTDA) called on the capital’s Mayor to establish a network of 500 electric and hybrid vehicle rapid charge points for the sole use of taxis in a bid to boost the UK capital’s air quality, adding that by 2018 all newly-licensed taxis should be electric or plug-in hybrid powered (see AirQualityNews.com story).