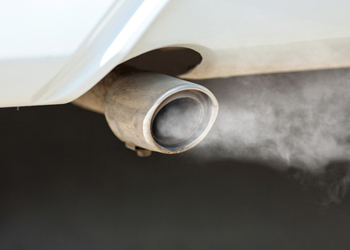 The proposal was voted in “with clear support from Member States” in the EU’s Technical Committee on Motor Vehicles “with two minor technical amendments” and is expected to come into force from September 2017, a Commission spokeswoman said.

The Real Driving Emission (RDE) test procedure has been designed to assess vehicles’ compliance with emissions regulations, as it has been shown that current laboratory testing of vehicle exhaust emissions does not accurately reflect – and largely underestimate – emissions levels from cars on the road.

Regulatory emission limits are currently assessed on a standardised New European Driving Cycle (NEDC) lab test, but the Commission said it was “well aware that, under real driving conditions, NOx emissions of diesel vehicles are significantly above regulated emission limits”.

According to the Commission spokeswoman, the new RDE procedure has therefore been developed in technical groups composed of experts from the Commission, Member States and industry, and the precise emissions limits in the tests and from when they apply will be decided later this year.

The Commission spokeswoman said: “At a later stage, we will present proposals to set the emissions limits applicable for RDE testing. These technical rules will remain under our constant review and will be adapted if necessary.”

But while environmental groups welcomed the adoption of the new procedure, the European motor industry said the RDE test regulation was “very incomplete” and did not provide enough time for vehicle manufacturers to adapt to the “very significant hardware changes to future vehicles” that would be needed under the new testing procedure.

The European Automobile Manufacturers Association (ACEA) urged the Commission to agree to a two-step date framework to “allow the industry a proper lead-in time to apply the complex RDE regulation”.

It also said that yesterday’s decision was “by no means the end of the discussion” and that it was working with the Commission and other stakeholders on the development of a new RDE procedure as it agreed a better test was needed.

Erik Jonnaert, secretary general of ACEA said: “ACEA calls on the Commission to urgently deliver a complete proposal for Real Driving Emissions by June or July at the latest for a positive decision in the regulatory committee. We need to make more progress on clarifying all testing conditions to ensure a robust RDE regulation could commence from September 2017.

“Automobile manufacturers remain concerned about the piecemeal approach the Commission is taking in preparing this proposal. This is not smart regulation. We need clarity in advance so that we can plan the development and design of vehicles in line with the new requirements.”

NGO Transport & Environment (T&E), which represents round 50 organisations in Europe, welcomed the new regulatory procedure, which it said would be “the first regime to measure air-polluting emissions on the road”.

T&E said the new RDE tests received strong support fro German and the Netherlands but were opposed by the car industry which “unsuccessfully tried to weaken the new test rules”.

The organisation also said that the 80 milligram of nitrogen oxide per km limit agreed for diesel cars in 2007 should be met in full.

François Cuenot, air pollution officer at T&E, said: “T&E is delighted that the Commission and member states have taken this important step to tackle air pollution from diesel. Europe now needs to fully enforce the new rules from 2017 to bring an end to dirty diesels.”