Trees in Leicester reduce concentrations of road traffic emissions in the city by up to 7% and have a “regionally beneficial impact on air quality”, results from an academic research project have found. 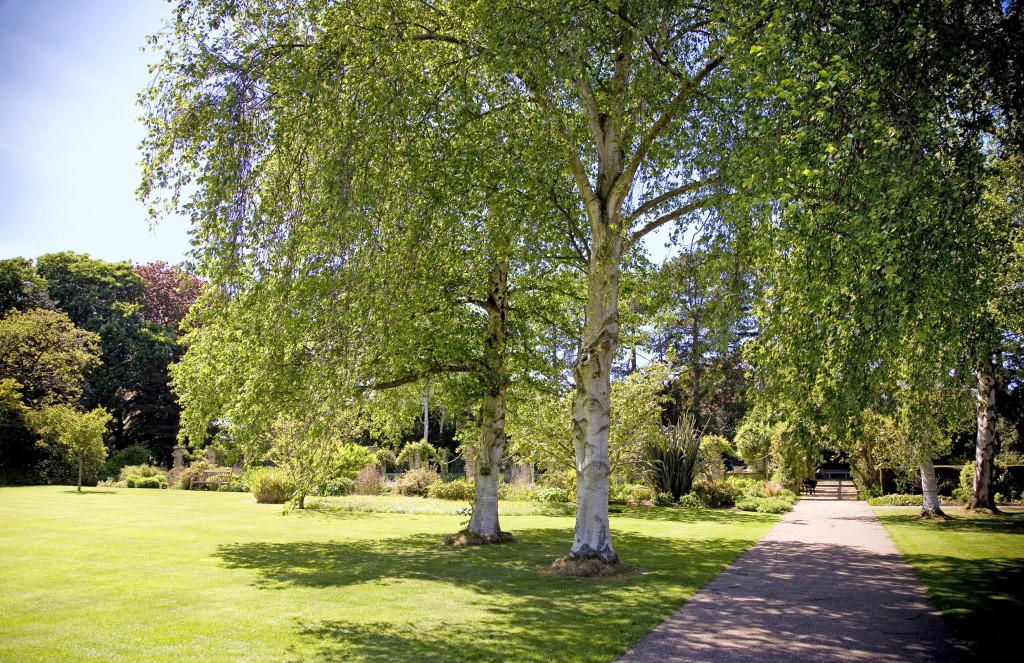 Trees in Leicester may reduce traffic pollution by up to 7%

Scientists from the University of Leicester teamed up with aerial mapping company Bluesky on a major research project looking at the role of trees on pollution dispersion, with results suggesting that they help to increase air turbulence and thereby benefit local air quality.

The findings suggest that the trees do not ‘trap’ air pollution, but instead help to disperse traffic emissions. And, although trees can occasionally increase local pollution, overall their impact is beneficial.

Using a range of geographic datasets, including Bluesky’s National Tree Map, scientists from the University’s Department of Physics and Astronomy were able to create a detailed 3D model of Leicester.

Air quality measurements from a network of fixed and mobile sensors were then added to the model to give a representation of pollution at multiple locations and at different times of the day.

“Predicting the concentrations of air pollutants is essential for monitoring air quality in cities. We can now reveal that fears that trees may trap pollution are unfounded. While in some situations they can increase pollution at a local level, on average their impact is beneficial in terms of pollutant dispersion.”

The study focused on the city of Leicester, which has a high building density, ‘significant’ traffic congestion and where up to 90% of some atmospheric pollutants such as NO2 is emitted by traffic.

Researchers found that while trees reduced air quality by trapping pollutants in some street canyons in the city, across the city as a whole they decreased the amount of pollutants around pedestrians. 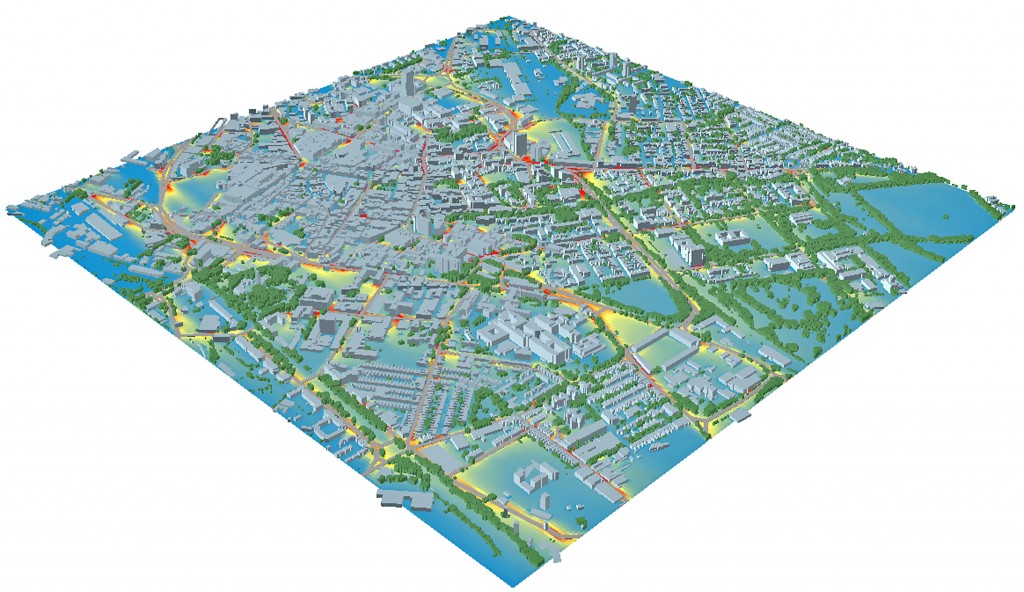 The tree map of Leicester supplied by Bluesky

The study also found that while trees decrease the wind speed over the city, they also produce more turbulence which helps disperse the pollution emitted by traffic. In addition to increased dispersion of pollution, trees have other well documented benefits in the urban environment, including reduced stress, noise suppression and the chemical and physical removal of certain pollutants.

Dr Roland Leigh from the University of Leicester’s Air Quality Group said: “This study highlights the importance of combining local and regional scale models for assessing the impact of trees in urban planning.”

James Eddy, Bluesky technical director and industrial associate at the University of Leicester, added: “Basing this type of study on the most up to date and accurate geographic data, such as the National Tree Map, allows for the results to be validated and the studies replicated for other locations and types of environment, further enhancing our understanding of air pollution and the important role played by trees.”

–The paper ‘A CFD study on the effectiveness of trees to disperse road traffic emissions at a city scale’ is published in the journal Atmospheric Environment.