Almost 200 local authorities in England and Wales breached the national annual mean limit for nitrogen dioxide in 2013, according to government data. 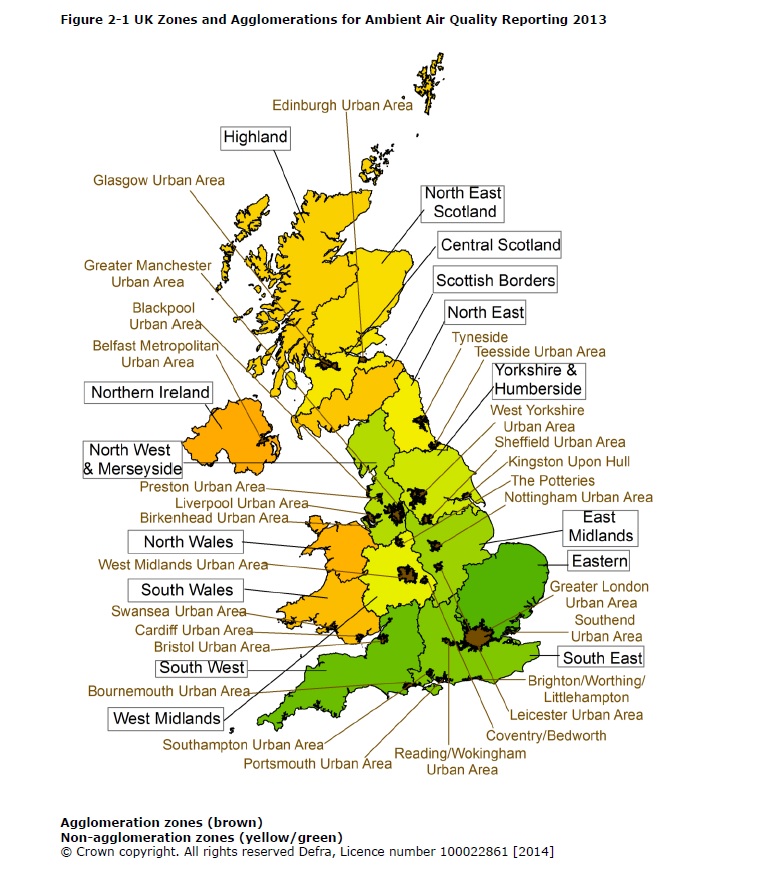 The government minister for air quality, Rory Stewart, revealed to Parliament yesterday (September 9) that nitrogen dioxide levels in 194 local authority areas in England and Wales were in excess of both national and EU legal limits for NO2 pollution.

There are a total of 375 local authorities in England and Wales – including unitary authorities, counties, London boroughs, districts, metropolitan boroughs – meaning that more than half of these authorities control areas which exceed both national and EU legal limits for nitrogen dioxide.

Last year, it was revealed that only five of the UK’s air quality zones were compliant with the annual mean limit for nitrogen dioxide of 40 microgrammes per cubic metre in 2013 (see AirQualityNews.com story).

A full list of the 194 councils exceeding limits was published yesterday by Defra in response to a question from Liberal Democrat MP for Leeds North West, Greg Mulholland, who had sought to find out which postcodes in the UK had breached limits for air pollution “in the most recent year available”.

In response, Defra minister Mr Stewart said: “Location data for limit value exceedances is compiled at a zone level and has also been converted to local authority level to assist local authority air quality assessments. With over 1 million postcodes in the UK the information requested could only be converted into postcode level data at a disproportionate cost. 194 local authorities exceeded the annual mean limit values for nitrogen dioxide (NO2) in 2013.”

It comes as officials at Defra ready a new UK air quality plan, which is expected to be launched for public consultation in the coming weeks.

The Supreme Court ruled in April that a new plan to boost air quality in several UK areas currently breaching EU legal nitrogen dioxide limits – including London – must be completed before the end of the year (see AirQualityNews.com story).

Defra’s current plans, set out in 2011, would not see the UK achieve compliance with the NO2 limit values in the EU ambient Air Quality Directive in several zones – including London, West Midlands and West Yorkshire – until after 2030. This is 20 years after the original EU deadline of January 2010.

Meanwhile, it was also revealed today that the UK has the highest share of deaths from diseases of the respiratory system in Europe.

EU statistics released today show that more than 20% of deaths in the UK in 2012 were due to respiratory diseases such as lung cancer, bronchitis, pneumonia and asthma – all of which have been linked to, or are exacerbated by, poor air quality.

Lung cancer was the biggest killer, leading to the deaths of 268,600 people – or around 40% of all deaths. This was followed by bronchitis and other chronic lower respiratory diseases (24%) and pneumonia (19%).