ClientEarth says it will have “no choice” but to take the government back to the Supreme Court unless “drastic and fundamental changes” are made to proposed air quality plans for the UK. 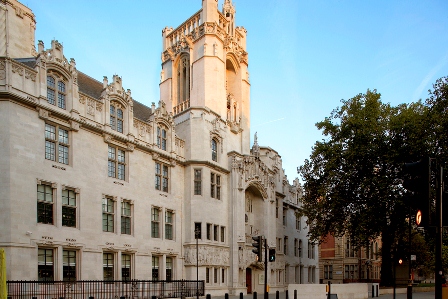 The environmental NGO yesterday (November 16) reiterated its threat of further court action in response to Defra’s draft plans to meet the EU’s legal nitrogen dioxide limits, on which a consultation closed earlier this month (November 6).

ClientEarth said that in “failing to come up with a proper plan to clean up air pollution” Defra was in breach of the Supreme Court’s order in April 2015, and it would therefore likely seek to take the government back to court once again.

Responding, a spokeswoman for Defra said today (November 17):  “Tackling air pollution is a priority for this government, which is why we have invested heavily in green transport, committing £2 billion since 2011. We are reviewing submissions to our recent consultation and will report back in December.”

The culmination of the previous legal battle saw the Supreme Court order Defra to produce a new national air quality plan for submission to the European Commission by the end of 2015 that showed how the UK would reach compliance with NO2 limits “in the shortest possible time” (see AirQualityNews.com story).

Clean air lawyer at ClientEarth, Alan Andrews, said: “The government’s response is a shambles. They were ordered to produce a final plan by the end of the year and they haven’t. What they have produced is a series of half measures and vague ideas which constitute no plan at all.”

One of the key measures set out in the draft proposals are for a national network of local Clean Air Zones, which would see drivers of higher polluting vehicles being banned or forced to pay a charge to enter areas with high pollution.

However, echoing the strong criticism it made after the launch of the draft air quality plan consultation in September (see AirQualityNews.com story), ClientEarth described Defra’s proposals as “a shambles”.

Furthermore, ClientEarth said that the government had also “failed to react” to the Volkswagen emissions fixing scandal which erupted in September by appointing the Vehicles Certification Agency to investigate – an agency “that gets funding from the motor industry”.

Mr Andrews said: “This is sadly typical of the government’s response to this public health crisis. Tens of thousands of people are dying early because of air pollution in this country and countless more are being made seriously ill.

“Without drastic and fundamental changes to these plans, we will have no choice but to take the government back to court.”