Proposed changes to Local Air Quality Management (LAQM) guidance and reporting in England have been published, with a government consultation on the plans having opened today (November 26). 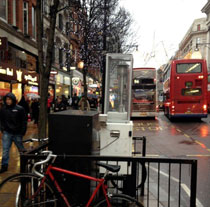 Defra is inviting stakeholder views on “detailed” measures to “improve the delivery of LAQM in England”, which have been developed following input from the previous LAQM review consultation which concluded in January this year (see AirQualityNews.com story).

As with the plans outlined last year, the government is seeking to “streamline” local air quality management by requiring councils to produce only one annual improvement report on pollution levels and to remove obligations to report on “four historic pollutants which are now under control.”

The changes also add a particulate matter PM2.5 role for local authorities, a fast-track option for declaring an Air Quality Management Area (AQMA) and a council template for drawing up an action plan (AQAP).

It comes as Defra finalises its draft UK air quality plan for submission to the European Commission before the end of 2015. Following the closure of a consultation earlier this month, these plans have been criticised for ‘passing the buck’ for air quality responsibility onto councils (see AirQualityNews.com story).

According to the documents published today, the government will “consider the appropriate incentives required to help secure delivery of the locally-driven measures” set out in its draft air quality plan.

The proposed changes have previously been widely criticised by the likes of King’s College London and Environmental Protection UK (see AirQualityNews.com story), but Defra claims its changes will “reduce the reporting burden, introduce greater consistency and ensure that quality of information is retained”.

Under the current Local Air Quality Management (LAQM) system, which was established in the Environment Act 1995, all local authorities must regularly review and assess air quality in their areas for several pollutants against national objectives.

If an objective will not be achieved by a certain date, the authority concerned must declare an Air Quality Management Area (AQMA) and produce an action plant (AQAP) setting out how it intends to deal with the problem.

After declaring an AQMA, councils are required to carry out further assessments, then updating and screening assessments, as well as progress reports and detailed assessments.

However, Defra is proposing to consolidate all of these council assessments into a single annual report.

It also proposes removing four pollutants from the reporting regulations – 1, 3 Butadiene; benzene; carbon monoxide; and lead – as there are currently no AQMAs declared for these pollutants in the UK.

Although the latest consultation is aimed primarily at air quality practitioners in England, Defra is also seeking views “from as wide a range of interested parties as possible”.

However, as the Mayor of London is responsible for air quality in the UK capital, the Greater London Authority will be producing separate reporting and guidance. London borough councils, therefore, are not asked to respond to the consultation announced today.

According to Defra, the technical guidance referred to in the consultation documents is a UK-wide document, for which a draft version has been updated in collaboration with the devolved governments.

The eight-week consultation, which takes the form of an online survey, opens today and concludes on January 21 2015, after which a summary of responses will be compiled and published on the Defra website.