A move by some MEPs to veto current proposals for real-world driving emission tests for diesel cars was rejected at the European Parliament in Strasbourg this morning (February 3). 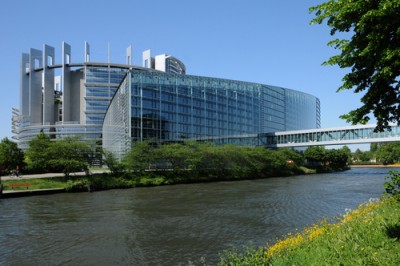 A new RDE (Real Driving Emissions) test procedure was set out by the EU’s Technical Committee on Motor Vehicles last October with the aim of better reflecting the actual air pollution emissions from cars driving on roads compared to the existing lab-based tests.

However, critics – including a large number of MEPs – have slammed the current proposals for being too lenient on car manufacturers as limits for nitrogen oxide (NOx) emissions for diesels would be temporarily raised.

They also argue that new RDE tests should come into force sooner. The current plan will see a staggered introduction across Member States from 2017, but would not apply to all new cars on European roads until 2019.

As such, a veto calling for the current RDE test proposal to be withdrawn was tabled by the Parliament’s environment committee, but was narrowly defeated by 323 votes against to 317 in favour, with 61 abstentions. An overall majority of 376 MEPs was needed to pass the veto.

The vote outcome was welcomed by European car manufacturers’ organisation ACEA – which counts VW among its members – for providing “much-needed clarity” on the issue, although it insisted that meeting the conditions of the new RDE tests would be “extremely difficult to reach in a short space of time”.

However, following “intense negotiations” between the European Commission and Member States, the Commission has now committed to an annual review of the proposals and to gradually reduce the extent to which diesel cars can pollute above the legal limit.

Chair of EU Parliament’s environment committee, Italian MEP Giovanni La Via, said: “We now have clear commitments from the European Commission for a review clause with a precise timeframe, in order to bring down the maximum emission values to the levels which were agreed upon by co-legislators. A proposal for a long-term reform of the EU approval regime for cars is also on the table, as requested by Parliament.

“I therefore welcome the responsible decision from the plenary, which will allow us to go ahead with the RDE procedure in order to bring down NOx emissions from cars which are, at the moment, 400 to 500% above the official limits. We have avoided uncertainties, because industry now has strict but sustainable deadlines to meet. In Europe, we will have better air quality for our citizens without losing jobs.”

The European Commission has said that the transitional relaxation of emissions limits when the new RDE procedure is introduced is needed in order to take account of technical uncertainties involved in using new Portable Emission Measurement Systems (PEMS) devices, as well as “technical limits to improving the real world emission performance of currently produced diesel cars in the short-term”.

Today’s vote clears the way for the Commission to go ahead with the second RDE package. Two more are to be tabled in order to complete the process.

Parliament’s environment committee, meanwhile, will hold a public hearing on the RDE procedure on February 23 2016.

Environmental groups, as well as UK MEPs from both Labour and the Liberal Democrats voiced their disappointment with today’s vote.

Labour’s Seb Dance said the RDE proposal does “not go far enough” to address the number of premature deaths from air pollution or to provide certainty for future investment by the car industry, although he conceded it would lead to some improvements on the current test procedure.

He commented: “The whole process has been a shambles. It has taken years to get to this stage; only for the Commission, UK government, and other EU Member States to convene a behind closed doors meeting at the last minute and water down the reforms.

“We must now ensure there are no further delays to the introduction of RDE tests and that the process behind any future revisions is transparent, democratic and without last-minute surprises.”

Lib Dem MEP Catherine Bearder, a lead negotiator on the EU’s new air quality law package, said: “Today was a good day for dirty deals and a bad day for cleaner air. But the close vote shows there remains strong opposition to the weakening of diesel pollution limits. The Commission must now live up to its word and tighten up emission limits as soon as possible. Carmakers can and must do more to cut the deadly pollution plaguing our cities.”

Environmental NGO ClientEarth said today’s vote would allow emissions limits for diesel vehicles up to 50% above the current legal levels.

Elsewhere, the today’s vote was welcomed by the RAC Foundation charity, which described the RDE tests proposals as “a step in the right direction”.

Steve Gooding, director of the RAC Foundation, said: “Today’s move should help start the slow process of restoring consumer confidence in both the auto industry and the testing regime. The sooner that happens the better. If MEPs had vetoed the legislation then it would have been back to the drawing board and emissions levels would have remained much higher.”

The ‘new’ RDE test, has it been independently validated by an ISO accredited body. Only when actual results have been achieved can any target levels be set. It may be necessary to cross correlate the RDE test with garage derived figures.
The mess that has existed for the last 16 years is gross incompetence.