A cross-party Parliamentary group of MPs, Peers, businesses and other stakeholders has been set up to specifically look at air pollution issues in the UK, with Labour MP Matthew Pennycook acting as its chair. 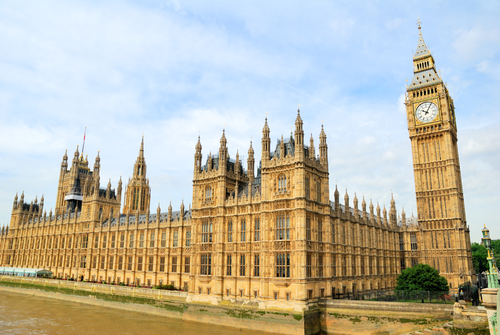 The All Party Parliamentary Group on Air Pollution held its inaugural meeting on Tuesday evening (April 26), at which MP for Greenwich Mr Pennycook, who was instrumental in setting up the group, was elected chair.

Perhaps tellingly, the chair and two of the vice chairs either represent, or have previously represented, London constituencies in the House of Commons, with only Mr Poulter being based outside UK’s capital – which has the highest levels of nitrogen dioxide (NO2) in the UK.

Trade organisation the Environmental Industries Commission (EIC) will act as secretariat for the Group, for which a “big programme of events” are being planned alongside further recruitment of interested stakeholder businesses and organisations as members.

“We are conscious that it is a very complex issue – there are many different airborne pollutants and different technology options” – Matthew Farrow, EIC

Matthew Farrow, executive director of the EIC, said that while it was still “early days” the remit of the APPG would be “technology neutral” and focus on a range of airborne pollutants beyond just NO2 and particulate matter.

Speaking to AirQualityNews.com, Mr Farrow said: “Air quality has been a big, big issue for a long time but gradually there has been a lot more attention on it in the media. But, while that is all good, we are conscious that it is a very complex issue – there are many different airborne pollutants and different technology options.

“We also felt that there was much-increased interest among MPs and so there was a great deal of merit in setting up this group.”

He said the timing of the new Group was pertinent, as with Defra facing further court action from Client Earth, the EU referendum and the EFRA report on air pollution earlier this week “this is a big year for air quality”.

Mr Farrow added: “It is something we have been working on for a little while with Matthew Pennycook MP, who was elected the chair this week. He is a London MP for Greenwich and so has a lot of interest in this subject.”

The Mayor of London should introduce a Nitrogen Emission Control Area for commercial vessels on the River Thames to reduce NO2 emissions.