London’s transport system will be ‘zero emission’ by 2050, the Mayor of London, Sadiq Khan, has pledged as part of his long term transport strategy outlined today (21 June).

The strategy, which was launched on a day when the Mayor has issued an air pollution warning across the city, promises massive support for low emission vehicles, aiming to make all taxis and private hire vehicles ‘zero emission capable’ by 2033 and buses by 2037. 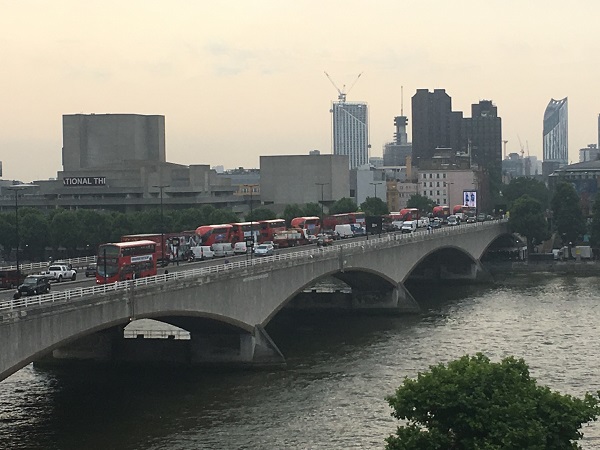 By 2037 at the latest, all 9,200 buses across London will be zero emission the Mayor’s Office has said

City Hall will also call on government to offer incentives for the uptake of zero emission cars and to provide funding to ensure sufficient charging and refuelling infrastructure both in London and across the UK.

The measures will support the Mayor’s ambition to “radically improve air quality across London and make London a zero emission city”, City Hall has said.

Commenting on the proposals the Mayor of London, Sadiq Khan, said: “It has been an incredibly difficult few weeks for London, but we must carry on as a city and that means pushing forward our work to keep Londoners moving around our city. London is the greatest city in the world and as it continues to grow it is vital that we take a bold approach to ensure our transport network works for all. We simply cannot afford to take the same old approach to travel as our growing population puts increasing pressure on our network.

“That’s why today I’m setting out a new long-term vision for our capital – one that puts walking, cycling and zero-emission public transport right at the heart of our day-to-day lives. So while we are delivering affordable, reliable and accessible transport through the improved services and new infrastructure that we need, we’re also changing the whole way we look at transport as a whole.

“Only by focusing on active travel, providing efficient zero-emission transport and reducing our dependency on cars, can we improve the health of Londoners, support economic growth, deliver homes and jobs, and make our city an even better place to live.”

A draft version of the strategy also includes proposals to reduce car journeys by 3 million per day, and to have 80% of journeys made within the city to be either by public transport, walking or cycling by 2041. Currently around 64% of journeys are carried out in this way.

The plan states that alongside TfL and London boroughs, a city-wide network of cycle routes, with improved infrastructure will be created, with an aim of 70% of Londoners living within 400 metres of a safe cycle route within 25 years.

The Mayor will also look to restrict car parking provision within new developments, with those most accessible to public transport expected to be car free.

“We also look forward to the Mayor’s initiatives in the short term which will improve air quality by helping to phase out the diesel vehicles responsible for much of the roadside pollution blighting our city and expanding the ultra-low emissions zone. London is a city at the cutting-edge of so many fields – let’s turn it into a clean transport leader too.”

The draft Mayor’s Transport Strategy is open to public consultation until 2 October.