Legislation will be introduced to make the UK a ‘world leader’ in electric cars and to encourage installation of charge points at motorway services and petrol stations, the government has pledged in the Queen’s Speech today (21 June).

The speech, which follows the State Opening of Parliament, sets out the priorities for the government over the course of the next Parliament. 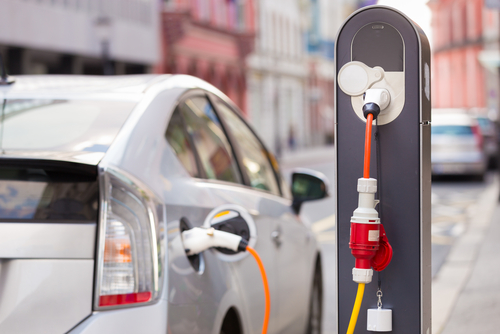 Much of the legislation included in the 2017 speech relates to Brexit, with the government committed to securing the “best possible deal as the country leaves the European Union.” Negotiations over the UK’s withdrawal from the EU began on Monday.

A ‘Repeal Bill’ which will bring existing European regulations – including those around the environment – into UK law, has also been included.

Despite dropping some election manifesto pledges, the government has also revealed a series of other priorities for the coming year including support for the burgeoning market for electric vehicles.

Government has committed to laying out an ‘Automated and Electric Vehicles Bill’, which will “Ensure we retain our position as a global leader in the market for electric vehicles.”

According to background documents released alongside the speech, the legislation will help to “improve national charging and hydrogen refuelling infrastructure.”

The documents also suggest that the legislation will allow the government to require the installation of charge points for electric vehicles at motorway services and petrol stations, as well as common technical and operational standards for their use.

Commenting following the speech today, Chris Gubbey, chief executive of The London Taxi Company said: “This legislation is an essential part of making charging faster, cheaper and easier for electric vehicle owners. Without these changes drivers won’t be able to realise the full potential of EVs. As such, this focus on infrastructure will speed up much needed improvements in air quality in UK cities.”

James Court, head of policy and external affairs at the Renewable Energy Association, added: “We welcome the Government’s continued ambition to be global leaders in the electric vehicle industry. The proposed Automated and Electric Vehicle Bill will support the development of a more universal strategic charging infrastructure across the country which will help to accelerate the adoption of these new vehicles.”

Support for electric cars and buses did feature in the 2016 Queen’s Speech, forming part of a Modern Transport Bill – later renamed the Vehicle Technology and Aviation Bill. This was laid before parliament, but was dropped due to the announcement of the snap General Election.

Car manufacturing giant Ford has also offered its backing for the proposals.

Mark Harvey, director of urban electrified van programmes at Ford, said: “At Ford, we support the government’s plans to increase funding and support for the faster development of next-generation transport solutions for cleaner air in our cities.

“This means investing in a range of technologies, including plug-in hybrid electric vehicles (PHEV) and the infrastructure of charging stations required to support their growth.

“Commercial vehicles have a significant role to play in urban air quality, and we are already working on a trial with Transport for London and fleet customers including the Metropolitan Police, who will be operating 20 PHEV Transit vans in London starting later this year.”