Heathrow Airport will seek to incentivise its staff – around 6,000 employees – to use low emission vehicles to travel to-and-from the airport as part of its strategy to improve air quality around the site.

The measure was outlined by Heathrow’s executive director Emma Gilthorpe, who was speaking at the Policy Forum for London today (29 June). 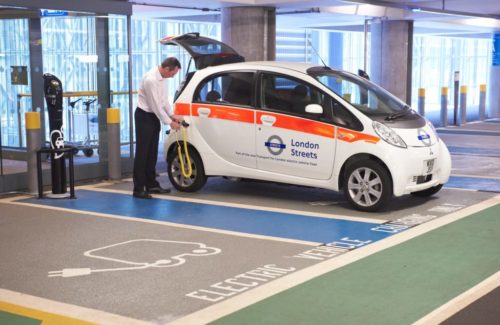 This comes after the Transport Minister, Lord Callanan, had reiterated the government’s support for the development of a third runway at the airport on the outskirts of West London.

Heathrow Airport will launch a programme to incentivise direct employees to acquire a low emission car of their choice.

Staff will be able to pay for the car through a monthly gross salary reduction, which it is claimed will ensure they receive savings in income tax and national insurance, in return for their participation in the scheme.

Ms Gilthorpe, said: “The new mayoral transport strategy [published this month] sets environmental challenges that we need to meet – and we will. By working in partnership with others, by investing in technological innovation and by being prepared to take the lead sometimes, we can expand Heathrow in the right way. This is not – and must not be – a choice between the economy and the environment.”

The Blueprint forms part of the Airport’s aim of cutting ground-based NOx emissions by 5% by 2020. Plans for an ultra-low emission zone (ULEZ) for airside vehicles by 2025 was among the measures proposed to meet future air quality ambitions.

Within the Airport’s 2016 sustainability report, also published today, it was revealed that ground level NOx emissions from aircraft have increased from 1,645 tonnes in 2015, to 1,741 tonnes in 2016.

Heathrow attributes the rise to an increase in wide-bodied aircraft movements to accommodate passenger growth.

Ground level NOx emissions from all sources is not available as the inventory is carried out every five years, the report claims, with the next figure due in 2018.

The report also states that around 38 free-to-use charge points for passenger use have already been installed in terminal car parks, with 10 fast chargers have been installed within the Airport’s head office car park, in support of its low emission vehicle strategy.