Work is already underway on constructing two of the stations, which will specialise in providing renewable biomethane compressed natural gas (bio-CNG) to commercial hauliers.

The new public access stations will serve major truck routes and cities and will be able to refuel up to 3000 HGVs a day, boosting the company’s current refuelling capacity by 500%.

Philip Fjeld, CEO of CNG Fuels, said the move was important for the UK haulage sector which has long been a ‘laggard’ when it comes to reducing greenhouse gas emissions.

‘Our customers are already planning to order hundreds of new biomethane fuelled trucks in 2019 and we have interest from companies which run a third of the UK’s HGVs.

‘We’re making it easier for fleet operators to make the switch from diesel by developing a nationwide network of public access biomethane stations on major trucking routes and at key logistics hubs.’ 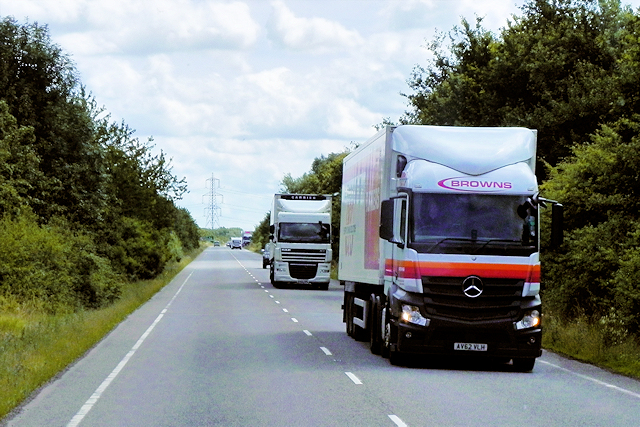 The gas fuel supplied by CNG Fuels is 100% renewable and is sustainably sourced from waste feedstocks such as food waste.

The company says that bio-CNG is one of the most environmentally friendly and cost-effective alternatives to diesel for HGVs, costing around 35-40% less than traditional fuel and emitting up to 85% fewer greenhouse gases.

By using methane from organic waste and reusing it as an organic fuel, emissions from food waste and transport are able to be cut at the same time.

CNG Fuels estimates bio-fuel supplied by the company this year will reduce greenhouse gas emissions by the UK haulage sector by over 35,000 tons, with a multiple of that expected in 2020.

Three of the five new stations will open this autumn, the largest of these being in Warrington, which is expected to be the largest public access gas refuelling station in Europe, able to refuel up to 800 HGVs a day.

The other two new stations will be built in Erdington near the M6 in Birmingham and the Red Lion Truckstop off the M1 in Northampton.

Once these three new stations are up and running, CNG Fuels expects construction to begin on two more stations in Larkhall, Scotland and Knowsley near Liverpool, with a further eight stations planned for 2020.

The announcement comes as businesses increasingly look to switch from diesel to biomethane fuel for their trucks.

The John Lewis Partnership has already announced plans to run its entire 500-strong delivery fleet on gas by 2028, while companies such as ASDA, Argos, Royal Mail, and DHL have also adopted biomethane fuel.