Staffordshire school children are leading a new campaign to help reduce air pollution outside their schools.

Over the next two years, the Air Aware Staffordshire campaign hopes to work with around 25 schools that are in air pollution hotspots, engaging with over 8,000 pupils and 1,500 parents.

The campaign aims to encourage parents and children to opt for more sustainable travel and encourage drivers parking outside schools to turn off their engines.

One of the campaign’s missions is also to reduce the number of single-person journeys to just 1 day a week as they estimate that around 400 deaths per year are attributable to poor air quality in Staffordshire.

Speaking about the campaign, Helen Fisher, Staffordshire County Council’s cabinet member for Transport and Highways, said: ‘We know that air pollution, especially from vehicles on some of our most congested main roads can cause many health issues and it’s important we do everything we can to tackle it. 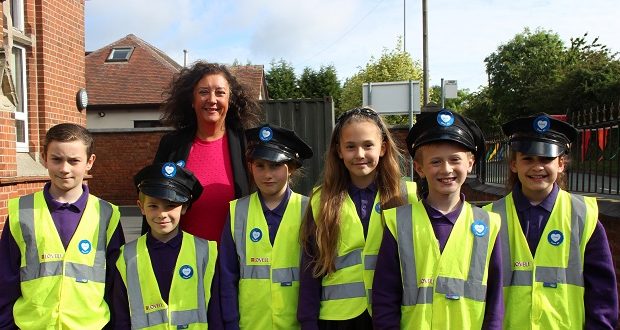 ‘Improving air quality, particularly  near schools is one of our priorities and by working with pupils and parents we hope to help to raise everyone’s awareness of the small, easy things we can all do to reduce air pollution and help us all breathe easier.’

Amy Fidler, Headteacher at the school added: ‘The children are really excited about the campaign and are determined to make a difference.

‘They’ve already been raising awareness of the health risks of air pollution and last term ran a number of initiatives which helped to reduce pollution outside the school by 20% which was excellent. This term they will also be encouraging drivers to turn their engines off when parked up but they have loads more ideas too.’

Learn more about the campaign here.