During the Great North Run on Sunday (September 8), nitrogen dioxide (NO2) emissions in Newcastle were 80% lower than the previous two Saturdays, research by the University of Newcastle has revealed.

ENGIE, who sponsors the run, commissioned researchers to collect data from a precision sensor located at the Tyne Bridge on the day of the run and during the same time period on August 25 and September 8 2019. The data was obtained between 10am and 11am and averaged over the time of the run.

As well as the 80% reduction in NO2, the results revealed that particulate matter emissions also decreased by 77% during the same period.

The Great North Run sees several miles of roads closed to traffic, including the Tyne Bridge which carries thousands of vehicles across the River Tyne every day.

Paul Foster, chief executive of the Great Run Company said: ‘It’s incredible to see the effect the Great North Run has on reducing air pollutants in the city on the day of the event.

‘We aim to encourage everyone to live more active lives. As run and cycle commutes become increasingly popular, we hope training for our events will inspire more people to incorporate activity into their daily routines and in doing so have a positive impact on the overall health of our Great Run cities across the country.’ 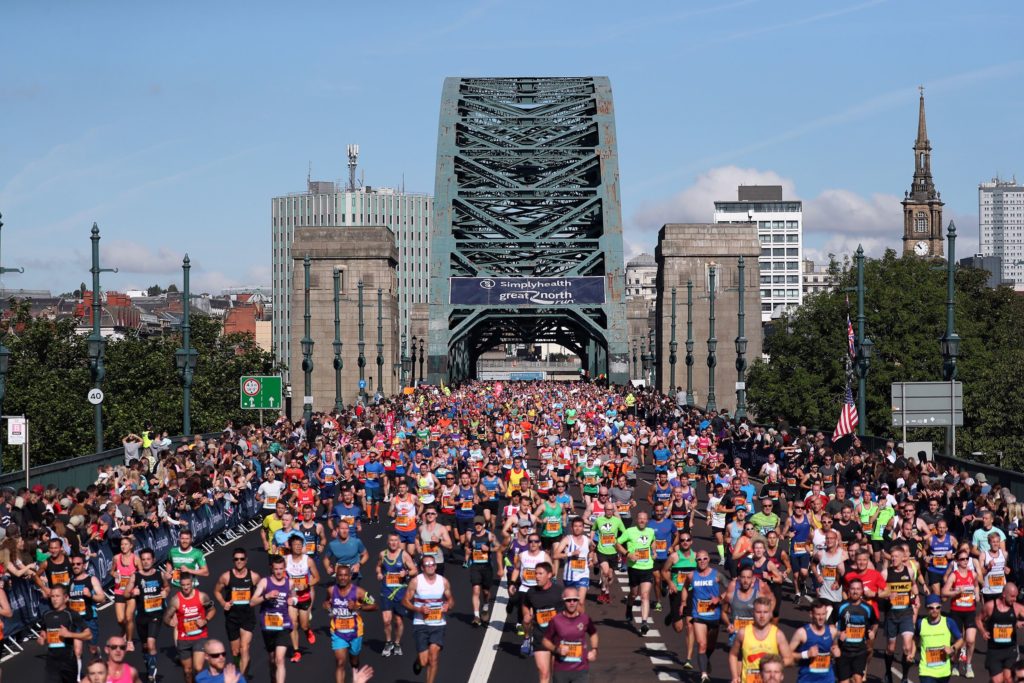 The three Tyneside councils have proposed a smaller charging CAZ in central Newcastle which will focus on targeting buses, coaches, HGVs, vans and taxis, along with a range of supporting measures.

The councils scaled back their original plans to introduce a larger CAZ and toll bridges after thousands of people objected to the proposals in a public consultation, with local businesses dubbing the scheme a ‘zone of doom’.