Shanon Lim, a PhD Candidate, King’s College London, writes about a recent King’s study that found taxi drivers in London experience the highest exposure to black carbon compared to any other professional drivers. 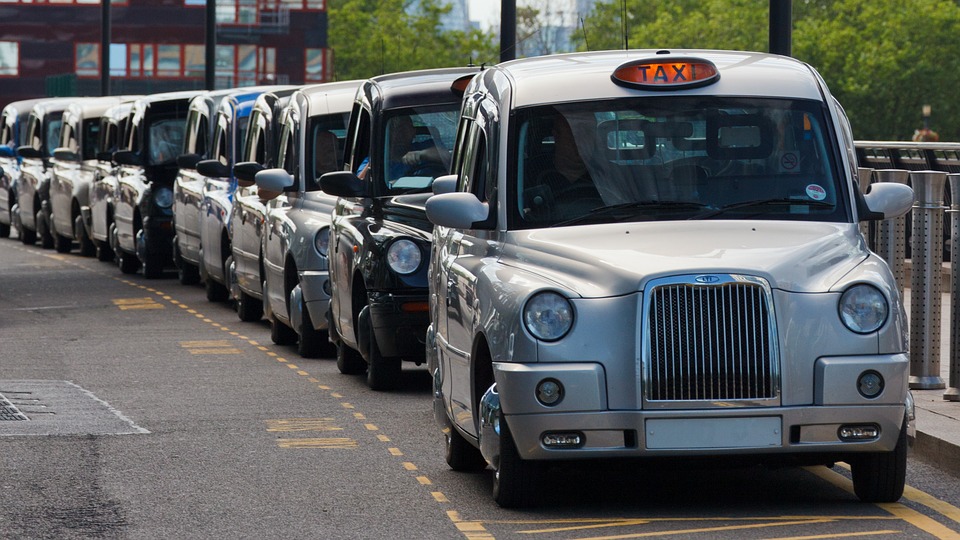 There’s overwhelming evidence that air pollution has a significant impact on human health. It’s been shown to cause a number of respiratory conditions, such as pneumonia, bronchitis and asthma.

And recently, it’s even been linked to dementia, cognitive decline and delayed lung development in children. Not only that, but there’s also evidence that traffic-related air pollution causes greater adverse health effects compared to other sources.

This is particularly the case for diesel engine exhaust emissions, which are cancerous to humans, a special concern in Europe as 42.5% of registered vehicles are diesel (compared to only 4% in the US). While commuting, people may spend one to two hours a day being exposed to diesel emissions. These levels of exposure are even higher for people who are required to drive as part of their job.

My colleagues and I recently investigated how much air pollution professional drivers are exposed to. We measured the pollution levels experienced by 141 professional drivers from different sectors, including taxi, truck, waste removal and emergency services drivers, in London for a continuous 96-hour period.

Our study found that professional drivers were exposed to four times higher pollution levels when driving than when at home – 4.1 micrograms of black carbon per cubic metre of air (4.1 µg/m³). While this amount may sound low, studies have found significant respiratory health effects, such as asthma and impaired lung function, with changes in black carbon exposure for values as small as 1 µg/m³.

The pollutant we measured was black carbon (commonly referred to as soot or elemental carbon), which is often used as an overall representation for diesel emissions in the urban environment. We found that the level of pollution drivers were exposed to (4.1 µg/m³) was a third higher than measurements recorded at one of the busiest roads in London (3.1 µg/m³). This exposure is higher than if you worked at a desk that was literally sat on a road frequented by 90,000 vehicles each day.

We also found that taxi drivers were exposed to the highest levels of pollution (6.5 µg/m³), which is twice the level of the least-exposed drivers, those in emergency services vehicles. This is largely due to the fact that taxi drivers spend the majority of their working day in central London, dropping off and picking up passengers in congested areas.

And, contrary to popular belief, being inside a vehicle doesn’t protect you from the emissions outside. In fact, it can lead to the rapid accumulation of air pollutants within the vehicle. This was observed as drivers moved across London, with levels of pollution inside the vehicle often exceeding 100 µg/m³.

Towards a cleaner future

While this study was focused on professional drivers, the results could apply to all drivers. The best solution to reduce drivers’ black carbon exposure is to move away from diesel towards cleaner fuels and to reduce the number of vehicles on our roads.

Our study also found that there are simple changes that could reduce exposure to emissions for professional drivers, such as keeping windows closed when driving, or changing routes to avoid tunnels. Having an air-tight vehicle cabin can also play an important part in reducing driver exposure. Technological fixes such as specialised in-vehicle cabin pollution filters may also be a short-term solution to reduce exposure for professional drivers.

Studies have also found that using active modes of travel, such as cycling, can lower your exposure to pollutants and be more beneficial for your health. While this may be an option for people who drive to a fixed place of work, those that are required to drive as part their work don’t have this choice.

As with all environmental issues, all industries must work together to reduce air pollution exposure to this at-risk group. Improvements in air quality will not only benefit professional drivers, but also society. With so many negative health effects related to pollution exposure, it’s important to continue making further steps towards reducing overall emissions to improve everyone’s health.