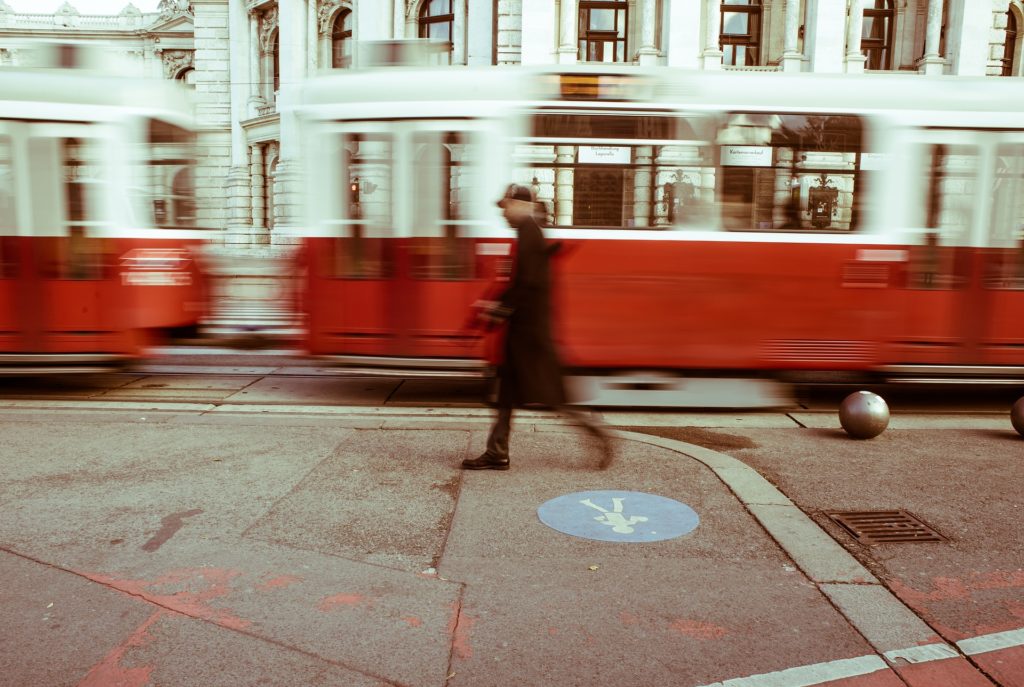 This can be provided by Transport for the North (TfN) as part of the ‘Rail North’ proposals and must include light rail and tramways, each mode providing optimal service for varying traffic flows.

The essential requirement is full integration of modes, in terms of interchange and through ticketing, allowing seamless journeys into and within the North West.

Trams and light rail should form an essential component of our public transport provision especially connections in the East with Manchester Metrolink and eventually West to Cheshire and Liverpool City Region fulfilling a similar role to that of London Underground which is the basis of extremely good connectivity and growth.

Light-rail transit, (LRT) or Trams, is a relative newcomer to the world of mass transit. Heavy rail and subways take a long time to build and they’re expensive to operate.

This is a mode of transport which uses rail vehicles which are more versatile than conventional ‘heavy rail’ trains and have street running capabilities. A light rail vehicle can negotiate sharper curves than a conventional train (both vertical and horizontal), can negotiate steeper gradients and can stop much faster so can operate in line of sight mode without major signalling requirements.

We need our local politicians to be more Statesmanlike and be more proactive to secure a Manchester, Salford, Eccles, Warrington, Halton, Chester, Liverpool City Region positions as a central core and hub future-proofing our transport links beyond this car-oriented generation

Trams are an efficient way of moving large numbers of people in towns and cities from 75,000 citizens upwards and can cope with 2,000-18,000 passengers per hour. They have a proven record in attracting people out of cars; the rate of modal transfer from car to tram at peak times is typically around 27%.

An estimated modal switch of 27% from rubber wheeled transport including cars and buses.

Nationally, the eight tram systems carried in the same period 267.2 million passengers with a passenger satisfaction of 91% for the overall journey.

Conversely, the number of local bus passenger journeys in England fell by 85 million or 1.9% to 4.36 billion in the year ending March 2018, according to the DfT.

Whereas road traffic has been reduced by 14% after the introduction of tram schemes.

These Dft figures point to a declining and failing mode which will further reduced in the Urban Area with Clean Air Zones (CAZs) and similar anti-pollution legislation in the years to come.

A tramway will improve the Northern Cities image and assists urban regeneration.

All UK schemes have had positive effects on the image of the city in which they have been built, which has brought benefits in terms of attracting inward investment as well as business and tourist visitors, sometimes to the detriment of their non-tram neighbours

Conversion of heavily-trafficked bus corridors to tram also reduces the numbers of buses, replacing them with fewer trams providing the same passenger-carrying capacity.

The systems available provide the ability to follow the curves and gradients of the urban environment which a conventional train cannot do. Light Rail systems offer an attractive and effective system, reducing congestion and pollution by offering motorists an alternative to car use, Manchester Metrolink registered a modal switch approaching 32%, helping to create pollution-free zones in cities.

It moves large passenger flows in a more cost-effective way than buses, but at a fraction of the cost of a full urban railway. Light rail/tram is mainly appropriate in urban or inter-urban systems in medium-sized cities where full metro systems are inappropriate.

In the largest cities, underground/metro systems tend to be the mainstay of public transport but such cities might use a light rail solution to supplement the metro system.

Tram vehicles provide the ambience of a train but can run in places where a train cannot. They are thus able to attract motorists out of cars where a bus would not be successful. Even when running on former rail alignments, light rail vehicles can offer a better service because they can offer a more frequent service.

They can stop at more places because the stops are much easier and cheaper to construct than railway stations.

On roads as trams, they can offer attractive journey times in comparisons with cars and buses by taking advantage of segregated alignments and the latest traffic engineering techniques to avoid road congestion.

A frequent light rail/tram service provides security in city streets throughout the day, both on and off the vehicle. All UK tram systems have Low-floors access from the platform together with a spacious layout provide easy access to mainstream public transport for everyone including parents with buggies and disabled people using wheelchairs.

Trams are generally electric vehicles which produce no pollution at the point of service delivery, may use locally produced ‘green’ electricity and the visible path makes sharing precincts with pedestrians a safe option.

Thus, pedestrian precincts with trams can provide access to city centre areas where buses and cars would be obtrusive.

In some situations, where conventional tramway systems are not appropriate, intermediate light rail can be considered.

There are several former and lightly used lines in the Salford, Eccles and Warrington that should be included in the Rail North plan taking advantage of developed low cost construction and vehicles including TramTrain.

Intermediate light rail vehicles can be a TramTrain which can run on mainline railways but have some of the characteristics of light rail vehicles. Typically, they would have (in the UK) a floor height of 950 mm to give level access on standard Railtrack platforms and the flexibility for street level platform, magnetic track brakes and balancing, capable of running on line of sight, inter-working with conventional trains and frees up capacity at main stations

This would enable them to run on non-segregated alignments providing better access in places where the railway route is not near to the destination of passengers and where it would be difficult or prohibitively expensive to construct a conventional railway.

In the meantime, LRT technology has made great advances. It’s clean, relatively quiet, and is quicker to build than heavy rail systems, for example, Manchester Metrolink Airport Line which came in significantly under budget and a year early.

TramTrain has the potential to provide a new passenger to rail, a better transport offering whilst reducing overall costs to UK plc, development of a new service to rail users, providing new journey opportunities, taking the railway to where people want it to go to both origin & destinations, providing easier access to trains, in effect taking the railways to the people again. May have higher upfront costs but deliver lower whole-life costs.

Substantial evidence from Europe shows that this develops into significant revenue streams and enhances the modal switch from road to rail in the urban area, but will only be delivered if the wider industry work in partnership to make it happen.