Subscribe To Our Newsletter
Viewpoint
Marcus Mayers and David Bamford

The race is on to reach net-zero carbon emissions within the next few decades – and the road to the zero-carbon UK runs through its railways. Transport currently accounts for 26% of all carbon emissions in the UK, and only 1% of this comes from trains. Marcus Mayers and David Bamford from Manchester Metropolitan University discuss how this picture could change. 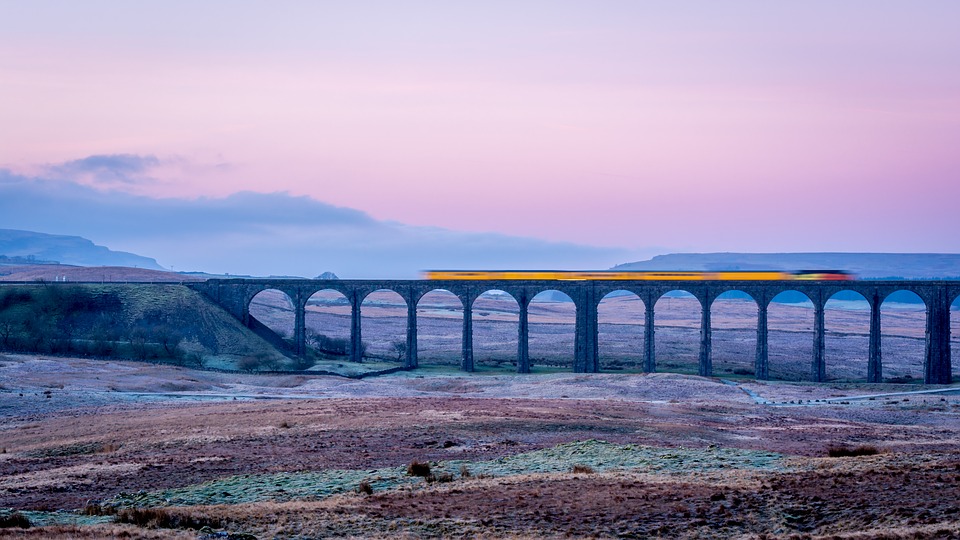 Trains are one of the most environmentally-friendly forms of mass transport available, releasing 0.046kg of carbon dioxide (CO₂) per kilometre each passenger travels. A diesel car is more than double that at 0.117kg.

That’s probably why road transport and aviation are the most popular sources for emissions cuts. You may have heard about plans to completely phase out petrol and diesel vehicles by 2040, for example. But the big decisions about how to power Britain’s trains are actually the most urgent.

Cars are typically only in service for 10 years or so, while trains carry on for 40 or even 50 years. Trains built today will only be in “mid-life” by 2050, when the UK’s targets demand greenhouse gas emissions must be reduced to zero.

This means that zero-carbon trains need to be ordered and delivered from 2025 onwards to stay on track with this timeline of decarbonisation. Currently the only trains that could meet this criteria are electric, but only 42% of track in the UK is electrified and 29% of Britain’s current fleet is run solely on diesel fuel. These trains will need to be re-engineered or scrapped before they get to the end of their useful life to meet government targets.

So what needs to be done to turn Britain’s ageing and polluting rail fleet into the zero-carbon mass transit of the future?

The UK has already electrified about two-fifths of the rail network, meaning some of these trains run exclusively off electric current and release no local carbon emissions. But they are only as green as the electricity grid that powers them – and though the UK has made encouraging progress away from fossil fuels, they still account for roughly half of all energy generated.

Diesel trains are more versatile as they can work on the almost 60% of lines that aren’t electrified and the portion that is. Diesel power can also transport exceptionally heavy loads and so is often used in the freight sector. But the UK has been unable to order new diesel freight locomotives since 2008, because none of the current rolling stock comply with the set emission standards. This has effectively forced the freight sector to use rather elderly locomotives – some from as early as the 1950s – that are more polluting.

The rail industry will need to eliminate diesel power before 2040 as the fuel becomes increasingly expensive and unacceptable to the public, especially given stations trap train emissions, threatening the health of passengers and staff. Given how widespread electric power is on the rails, could diesel-electric hybrid engines work?

These hybrid engines use electricity where electrified third rails or overhead line are available and diesel elsewhere. New hybrids have been ordered for routes in and out of Paddington, one of London’s busiest train stations. Some older passenger trains have been converted to hybrid, but with little take-up from the rail industry.

This could reduce diesel use in the short-term, but it isn’t a long-term solution for removing diesel by 2040.

Using batteries as a train’s power source has been tested in Germany at low speed and with light loads, using traditional lead acid batteries. It’s a tried and tested technology, so it’s cheap and reliable, but the batteries have a limited life and are made with corrosive liquids and precious materials.

Lithium-ion batteries have been tried in the UK by providing an additional power source for the electric motor on a train. Unfortunately, these could only travel up to 50km once separated from overhead wires. Battery trains can only work on specific routes and aren’t easily replaced when they fail, causing disruption and delays.

Hydrogen fuel cells can generate sustainable electricity through a chemical reaction between hydrogen and oxygen. This can power homes, offices, factories, cars and public transport – making them carbon-free and independent from the main power grid. Instead of a tank of diesel and an engine, the train has a tank of hydrogen and a fuel cell that combines the hydrogen with oxygen from the air, without combustion. With the only emission being water, the fuel cells provide power and have zero emissions.

Sounds good but, as a power source, hydrogen has low energy density, meaning trains would need a very large space to store the fuel. To compare, a litre of diesel contains 36 megajoules of energy but a litre of hydrogen has only 1.81 megajoules. This isn’t a problem for a nice light car, but a major issue when one massive locomotive has to pull 40 wagons – and each wagon weighs perhaps as much as 80 tonnes.

It also doesn’t help that no facilities exist in the UK to make or deploy large quantities of hydrogen. Still, it’s reasonable to expect that this could be resolved over the next ten years as the government and businesses race to produce the fuels of the future.

So, there are a number of options, and not one of them is a perfect solution on its own. Each can be used where they’re most appropriate, and gradually move British rail away from fossil fuels. The freight industry is unlikely to come up with viable solutions on its own, so the government should mandate businesses to transform their operations. Investment in zero emissions technology and innovation could encourage this.

To get things moving, there’s much to change in how things currently work. Train operators should lose their right to use polluting diesel engines and these should be replaced in ten-year intervals. Cities could be given the right to fine train operators for polluting in a similar way to the low emission zones that exist in several cities around the world. One policy that is long overdue would be scrapping the duty-free diesel that train operators currently enjoy.

Overhauling the most polluting aspects of the UK’s rail system won’t happen overnight, but to get on track for 2040 and beyond, the big decisions about Britain’s railways need to be made right now.