The launch of London’s Ultra Low Emission Zone (ULEZ) has undoubtedly been a step in the right direction as the city continues to focus on improving air quality, and it has already delivered important reductions in nitrogen dioxide (NO2) concentrations. But is it doing enough to stop ‘dirty diesels’ from entering the capital? Nick Molden, co-founder, AIR, discusses more. 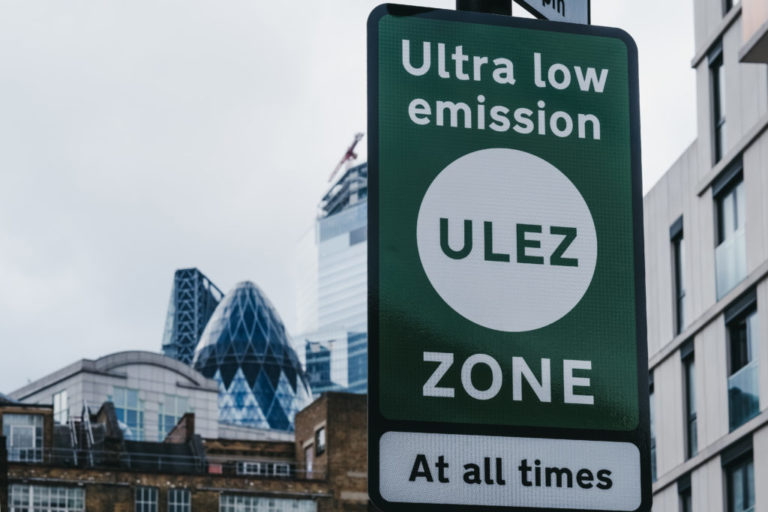 At AIR, we’d argue there’s plenty more that can be done. We created the AIR Index – the world’s only fully independent, standardised on-road emissions rating system – to give consumers and policymakers transparent real-world information about exactly what comes out of a car’s exhaust.

We base ratings on actual urban NOx emissions because NOx is the biggest contributor to urban air quality violations in Europe, but in the fullness of time, we will expand to include CO2 and other harmful emissions.

The ULEZ scheme allows for penalty-free access to the centre of London for Euro 4 compliant petrol cars and later, while diesels must be Euro 6 compliant. Both restrictions indicate that vehicles travelling within the ULEZ zone supposedly emit less than 80 mg/km of NOx, but testing conducted by AIR has shown that many Euro 6 diesels will legitimately still be producing many times the officially published NOx limit.

How bad can some cars be? Well, we tested a 2017 Renault Clio 1.5 litre dCi diesel and the results were staggering. The supermini emitted 20 times more NOx in urban driving than a 2018 Land Rover Discovery 3.0 litre TD6, diesel despite both vehicles falling under the category of ‘Euro 6’. The Clio is rated ‘E’ on the AIR Index while the Discovery has an ‘A’ rating, showing that a large SUV really can be ‘clean’ while a small hatchback can be extremely dirty.  What’s more, we’ve even found that some Euro 6 diesels produce more urban NOx than Euro 5 vehicles from up to nine years earlier.

The fundamental problem with London’s ULEZ is that it doesn’t address the problem of urban NOx emissions in the real world and places too much faith in existing regulatory standards. But if London’s policy makers used the AIR Index in collaboration with Euro emissions standards, the ULEZ initiative would be able to harness its untapped potential and ensure that only the cleanest cars entered the zone – while the dirtiest paid the penalty.

To date, the ULEZ has had a positive effect on NO2 concentrations in that specific area of London, reducing them by a third since April but if used in conjunction with the AIR Index, this could be much higher. Placing prohibitions on cars that were rated D and E by the AIR Index, could result in up to a 90 per cent reduction in NOx concentrations, achieving legal compliance quickly and efficiently.

With the ULEZ generating more than £40m in revenue since its launch in April, there is the potential to re-invest significant sums of money into testing to ensure that only the vehicles that actually meet the required emissions standards are driving on our roads.

This issue goes beyond London and we envisage a uniform way to use actual vehicle emissions, not just laboratory standards, as the basis for policies which will bring cleaner air, more quickly to everyone in cities across Europe.

We are calling on all cities who have – or are about to implement a ULEZ to use the AIR Index to bring true improvements to air quality.

Bristol’s proposed ban on any privately-owned diesel car from entering the city centre is an approach made in good faith, but one that throws the baby out with the bath water.

Many Euro 6 diesels are extremely clean and can play a major role in cleaning up a city’s air, although around half of the pre-RDE Euro 6 diesels are not. The role of the AIR Index is to identify the clean, which can be allowed in, while the true villains are banished.

There is also the inconsistency between emissions from petrol and diesel vehicles. Bristol now plans to ban a clean 2019 Jaguar E-Pace diesel with urban NOx emissions of just 14 mg/km (more than four-fifths below the limit of 80 mg/km), yet allow in a 2017 Nissan Qashqai petrol which produces urban NOX emissions of 137 mg/km, which produces more than double the Euro emission limit of 60 mg/km.

These are just two examples of vehicles rated for the AIR Index and show the complexity of the issue, which cannot be addressed with simple fuel-based bans.

At AIR, our goal is to empower car buyers and city policymakers with real facts about actual vehicle emissions when making choices about car purchase and usage. Effective policy should be based on science, rather than swinging between regulations that are too loose and those which over-react.

Only when we are fully informed can we make the best decision. Ultimately, we will all benefit.