Air Quality News has been reporting, reflecting and investigating the key issues affecting our air quality for the past seven years — and now we’re launching a magazine. 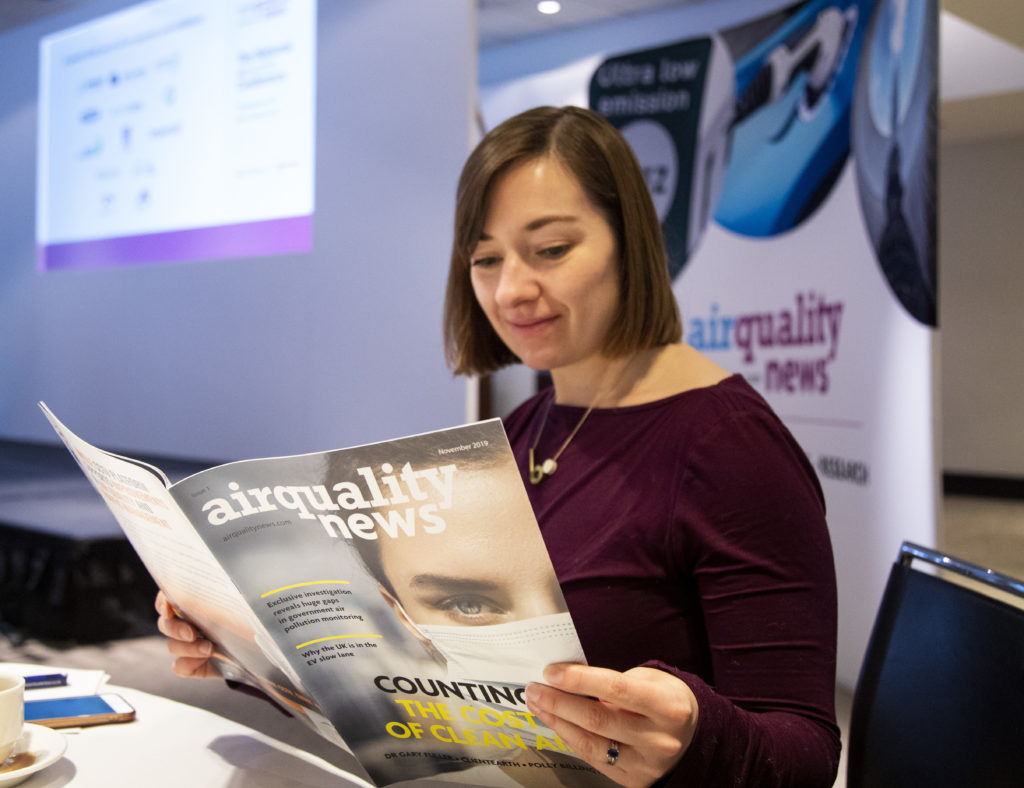 Launched at the National Air Quality Conference at Lord’s Cricket Ground on Tuesday (November 12), in the first issue we reflect on the limited impact of electric vehicles in the UK compared to Scandinavian countries, we investigate public perceptions of wood-burning stoves, we ask UK100 director Polly Billington if local authorities are doing enough to clean up toxic air, and we uncover some worrying findings about Defra’s air pollution monitoring.

We’re proud of what we’ve achieved with this first issue and we will not be short of topics to cover for issue two.

2019 has felt like a tipping point. In the UK, air pollution has finally been recognised by the government as the single largest environmental threat to health, putting tens of thousands of people in an early grave every year and costing the NHS an estimated £20bn.

The magazine will be quarterly, with the second issue due to launch at the end of January 2020 – if you’d like to discuss editorial or commercial opportunities for future issues please contact myself or Andy Lees.

Read the first issue below.