Research conducted by the charity claims that 80% of Britons are worried that the UK limits for air pollution don’t match World Health Organisation (WHO) guidelines, with 83% worried it could affect them and their families.

In response to this, the Air We Share campaign is urging people to ask their MP’s to support a legally binding commitment to meet WHO recommended PM2.5 limits by 2030.

To promote the campaign, the two organisations have installed a balloon display in Convent Garden. The ballons change colour reflecting the annual nitrogen dioxide (NO2) data from five London air quality network stations. 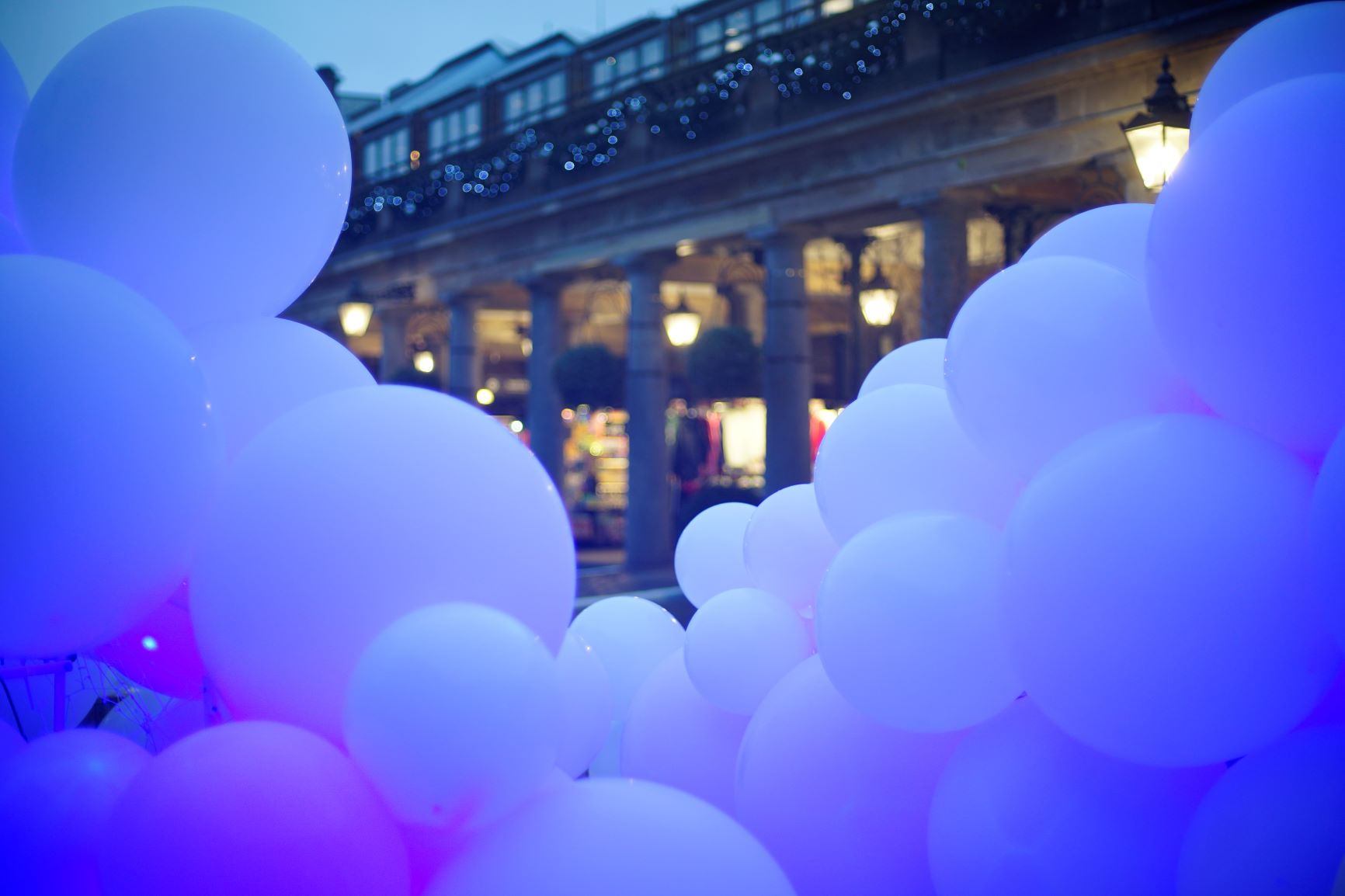 Trewin Restorick, CEO of Hubbub said: ‘As air pollution is invisible it’s really easy to ignore this issue, but there is a very real threat to our health.

‘There are lots we can do to improve the Air We Share and have a positive impact, but what we really need is legislation and initiative that deliver clean air for everyone.

‘That’s why we are urging everyone to write to their local MP to get this important issue higher up on the government’s agenda.

Sadiq Khan, Mayor of London, said: ‘Air pollution is an invisible killer and I’m taking some of the boldest action of any city in the world to ensure Londoners can breathe clean air.

‘This includes introducing the world’s first Ultra Low Emission Zone, which has helped slash roadside NO2 pollution by around a third.

‘We need the government to follow London’s lead and use MPs to use their voice in Parliament to help clean our filthy air across the country.

‘A key part pf this is toughening up targets in the upcoming Environment Bill to meet WHO air quality guidelines by 2030.’