Does the road out of lockdown look like a motorway or a cycle path? With the UK government announcing a rental e-scooter trial in cities nationwide, it’s possible that the transport system we had before the pandemic will begin to look quite different.

From Saturday, July 4 2020, rental e-scooters will be allowed on British roads.

The Department for Transport brought forward the trial by a year, hoping to help reduce congestion as the UK emerges from lockdown. There are also plans to relaunch an electric bike-share service in London.

Amid fears of COVID-19 transmission on public transport, car use in the UK has surged. It’s hoped that fleets of electric scooters and bikes in cities could help replace cars and address the ‘first mile-last mile’ problem, where users currently have to travel by car to reach their train station or bus stop or get home from them.

The French advertising standards authority recently banned a Dutch e-bike advert for creating ‘a climate of fear’ around cars.

If history is any guide, this spat between the hegemonic car industry and insurgent e-bike and scooter companies will be fought again and again over the coming years, both in public and in private. Ultimately, it’s a familiar battle between those who benefit from the status quo and those who, for various reasons, offer change. 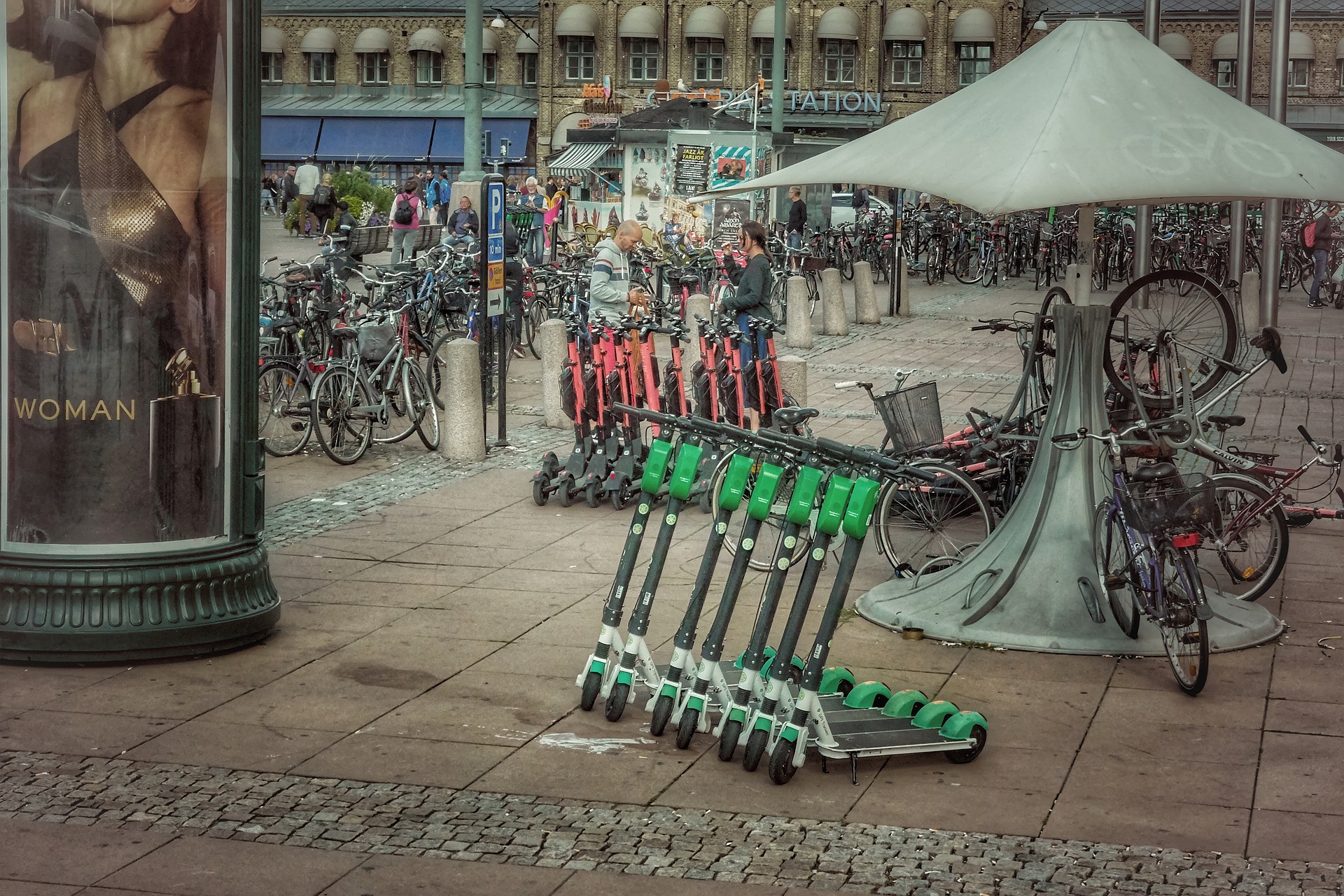 Changes in the way a society organises things like transport, energy or food are sometimes called ‘socio-technical transitions’.

Take sailing ships. These vessels became bigger and more sophisticated over the course of hundreds – if not thousands – of years and then, suddenly, steamships came in and replaced them within decades. The transition was complete by 1900.

Similar transitions around the provision of heat and light took place in the 19th and 20th centuries.

The famous exploits of Thomas Edison show how those trying to drive a transition are keen to gain public approval for their technology. They can do this by allaying fears over their novel product, or by smearing the alternative.

When battling to create markets for electricity, Edison made light bulbs in the shape of a flame to mimic the already common gas light.

He also launched a campaign of publicly electrocuting animals to demonstrate that alternating current electricity, favoured by rival businessman George Westinghouse, was too dangerous for consumers to trust.

The history of transport innovations is no different. In Britain in 1865, with the advent of mechanically propelled vehicles on public highways, the government passed the ‘Red Flag Act’, which made sure a man with a red flag walked before road vehicles hauling multiple wagons, in order to warn passersby.

It may sound ridiculous in our world of constant traffic, but the public needed to be eased into accepting the transition from horse and cart and footpaths to cars, lorries and motorways.

As their products are rolled out across the UK, e-scooter and e-bike businesses may have to answer questions about their safety too. But even their analogue ancestors faced this kind of scrutiny, though not all of it is reasonable.

A sexist medical scare in late Victorian Britain saw doctors warning women about the effect of vigorous cycling on their health, as ‘over-exertion… and the unconscious effort to maintain one’s balance’ was thought to cause ‘bicycle face’, a combination of ‘hard, clenched jaws and bulging eyes’.

There’s even a story that the London Underground hired a one-legged man named William ‘Bumper’ Harris in 1911 to ride the new-fangled ‘moving staircase’ (what we’d nowadays call an escalator) up and down each day to reassure frightened commuters.

So, given what we know about how legitimacy battles over new technology have played out in the past, what can we expect today?

Viral stories about accidents or insurance woes are likely, but market opponents might also take the opportunity to cast doubt on the green credentials of electric scooters and bikes.

Already e-scooter companies have tried to portray themselves as both green and diverse in response.

Undoubtedly, some people might try to stoke privacy concerns, as businesses attempt to capture tracking data of people using scooter and bike-sharing services. Such real-time data of peoples’ movements is a goldmine for advertisers.

It’s important not to paint this simply as David versus Goliath though. Many of the big automakers are actively exploring how to tap into the market for smaller electric vehicles.

Sooner or later, the trials of e-scooters will end and a decision will be made. Not all hyped technologies succeed: the much-vaunted Segway is ceasing production.

The same fate probably awaits some of the many electric personal transport devices on sale.

In the meantime, it may well be battles over policy that matter most. Pavements, cycle lanes and roads are ‘all up for grabs’ as streets are reshaped in the post-lockdown world.

Whether e-scooters and other small electric vehicles are allowed to share this planned cycling infrastructure could be pivotal. Scooter companies want it. Others aren’t so sure.

Whatever happens, expect a bumpy ride.

E-scooters are definitely the future because you can replace your car with a high-quality electric scooter and this will save anyone a great deal of money in the long run. a lot of cities though have banned the use of scooters but eventually, they’ll be allowed, take NYC as an example, just last month e-scooters have been legalized.