Ways to make the EU Emissions Trading System (EU ETS) regulation easier for UK industry to comply with, have been put out for consultation by the Department for Energy and Climate Change with the national government in Scotland and Wales and officials in Northern Ireland.

The move comes as part of the government’s desire to cut ‘red tape’ and it is proposing a single regulatory instrument for Phase III of the EU ETS, replacing 13 sets of regulation with one.

A spokesman for DECC said: “For the UK the EU ETS remains the primary means by which we will meet our ambitious carbon emission reduction targets in the EU, and will help deliver two-thirds of required emissions reductions after 2012. 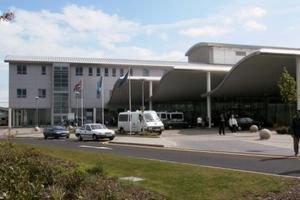 “The aim is to simplify the legal requirements for UK EU ETS participants, from 2013. This is the first major change proposed to legislation by DECC as a result of the ‘red tape challenge’ environment theme.”

And, smaller emitters and hospitals are to be given the choice of opting out of the main system from 2013 and instead join a lighter touch alternative scheme. This, says DECC, would address the disproportionately higher administrative burden faced by these installations per tonne of CO2 emitted. Administrative costs for small emitters are estimated at over £1/tCO2, while large emitter costs are estimated to be £0.04/tCO2.

The UK will also move to an enforcement system comprising solely of civil, rather than criminal sanctions.

Greg Barker, Minister of State for Climate Change, said: “We have worked closely with industry to develop sensible proposals that will genuinely save companies money and time, while still allowing them to meet environmental goals.

“Under the proposals smaller businesses, who experience higher costs from complying with the current regulations, will also be able to opt out of the system from 2013”.

Dr Anne-Marie Warris, chair of the UK’s Emissions Trading Group said: “The ETG welcomes the UK Government’s efforts to achieve regulatory simplification in relation to the UK transposition of Phase III of the EU Emissions Trading System. We shall be encouraging our members to respond to this consultation and will be continuing our discussions with Government on the development of their simplification proposals.”

The consultation will run from 8 May to 31 July 2012 and can be seen at: Consultation.

The revised regulations will take effect from January 2013, the start of Phase III of the EU ETS.

The creation of the the EU Emissions Trading System (EU ETS) in 2005 was a significant step in the worldwide effort to tackle climate change and was a key European Union policy to help achieve the greenhouse gas emissions reduction target of being 8% below 1990 levels. It works on a ‘cap and trade’ basis, so there is a cap on the emissions covered by the EU ETS.

DECC considers that “The rationale behind emissions trading is that it enables emission reductions to take place where the cost of the reduction is lowest, thus lowering the overall cost of tackling climate change.”

And the department says that “more abatement will be undertaken by operators with lower abatement costs, therefore reducing the overall costs of meeting the emissions target (or cap) set by the trading system. The EU ETS currently (i.e. in Phase II) covers heavy emitting industries, such as electricity generation, iron and steel, mineral processing industries (e.g. cement manufacture), and pulp and paper processing industries.”