Fresh from his election victory, London Mayor Boris Johnson has appointed Matthew Pencharz as his new environment advisor to drive forward his air quality agenda in the capital.

Along with delivering the Mayor’s plans to improve air quality, Mr Pencharz will be in charge of several policy areas including waste and recycling and the creation and protection of green spaces. 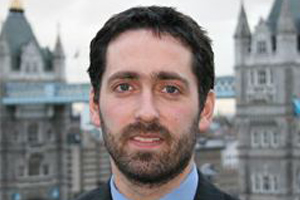 Mr Pencharz has taken over the role from Kulveer Ranger who held the position since April 2011. Mr Ranger has left City Hall.

Mr Pencharz’s appointment comes after Mr Johnson was slammed by his opposition in the run up to the Mayoral election for delaying vital measure to improve air quality in the capital (see airqualitynews.com story) and this is something which Mr Pencharz will need to grapple with, alongside the delivery of the Mayor’s air quality strategy.

Mr Pencharz served as Mr Johnson’s political advisor during his first term. Prior to joining the Mayor’s team Mr Pencharz spent three years working on the BBC’s Politics Show, where he focused primarily on environment and energy stories. Following this Mr Pencharz became a producer on the network’s Breakfast show where he was responsible for the programme’s political output.

His appointment comes as part of a wider shake up of the Mayor’s team following the election.

Commenting on the changes, Mr Johnson said: “Creating jobs and stimulating growth are my top priorities for the next four years. A key part of this is my determination to deliver a world class quality of life and strong, healthy communities. My aim is to ensure London is a city where people – and businesses – opt to work, live and play. My top team reflects these priorities, all of whom bring a wealth of talent and enthusiasm to our shared aim of improving life for Londoners.”

Commenting on Mr Ranger’s departure, Mr Johnson said: “’I want to also pay fulsome tribute to Kulveer Ranger, who is leaving City Hall to take on fresh challenges. Kulveer has been a core member of my team over the last four years, taking on both transport and environmental challenges to deliver a raft of world beating programmes. Under his stewardship, we have kick-started a cycle revolution which has included the creation of London’s flagship bike hire scheme, now an integral and well-loved part of London’s transport network.”