A global agreement for tackling carbon dioxide emissions from civil aviation may be possible with the right political will, according to transport minister Theresa Villiers.

Last week (June 19), Mrs Villiers was asked by Conservative MP Zac Goldsmith what recent progress had been made with the International Civil Aviation Organisation on an agreement on a global emissions trading scheme. 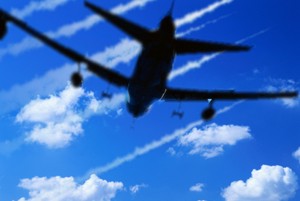 The ICAO is a specialist agency of the United Nations which was set up in 1944 to promote the safe and orderly development of civil aviation. It is looking at a number of market-based measures to reduce emissions.

Responding to this, Mrs Villiers said that the government was continuing its work on emissions trading and other market based measures for tackling carbon emissions. And, she said that ministers believed it may be possible to negotiation a global agreement on civil aviation.

“With the necessary political will, we believe that it may be possible to negotiate a global agreement in ICAO for tackling CO2 emissions from international civil aviation. We continue to believe that a global approach to aviation emissions reduction is the best solution but that regional measures can play a crucial role in the absence of such an agreement.”

According to the ICAO, CO2 aviation emissions account for approximately 2% of global greenhouse gas emissions, with emissions expected to grow by around 3-4% per year. In the medium term, the ICAO says that mitigation for CO2 emissions can potentially come from improved fuel efficiency, however such improvements are expected to only partially offset the growth in emissions.

Mr Goldsmith’s question follows his staunch opposition to the possibility of a third runway at Heathrow airport – claiming that he will stand down and trigger a by-election if the coalition government backs the proposal. The possibility of a third runway was strongly opposed by the Conservatives in their most recent manifesto, however it has been suggested that some inside the government are keen to revisit the idea.