Government officials were asked this week why there is no national campaign on air quality, despite airborne pollution damaging health and costing Britain £10 billion a year.

At an evidence session in Westminster on Wednesday (June 27) held by the Environment, Food and Rural Affairs (EFRA) Committee, which scrutinises environment policy, Defra officials were asked why the issue had not attracted the same level of attention as problems such as obesity. 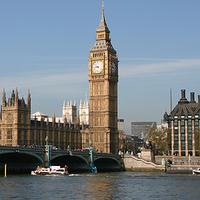 The evidence session, which took place in Westminster, saw Defra questioned by MPs

According to research from the Committee on the Medical Effects of Air Pollution, which was submitted by Defra as written evidence to the committee, particulate air pollution in the UK was responsible for the equivalent of 29,000 deaths in 2008 or a loss life expectancy from birth of six months. This in addition to it costing billions of pounds a year.

Committee member Barry Gardiner, Labour MP for Brent North, said: “With campaigns on inaction and obesity there has been very little in terms of a national campaign to alert the public to the dangers of air pollution. As you have termed it a costly problem, why not?”

Responding to this, Daniel Instone, head of atmosphere and local government programme at Defra said: “I absolutely agree it is particularly important and that the costs are given a high rating. It is important that people in public health understand those costs and calculate them accordingly. I believe there is more that could be done but it requires action not just at a government level but at a local authority level and businesses also need to understand the costs. We have been working with a number of businesses to make sure they understand the cost benefits to them.”

Mr Gardiner questioned the logic of there not being a national campaign when the government had found £250 million to fund weekly bin collections.

He said:  “We have got a quarter of a million for putting out bins and yet for this there is no funding?”

Mr Instone replied: “This is something we have discussed. We have to put this in the context of the approach that ministers have taken generally to national publicity campaigns.”

He added: “We have not got a national campaign. That reflects the lack of money available and you also need to set a very clear set of asks for people to achieve. It is not an easy set of issues.”

During the session, Mr Instone and colleague Dr Sarah Honour, head of the air quality evidence team at Defra, were also asked by committee chair Anne McIntosh MP about the possibility of infraction proceedings being launched against the UK, following the country’s failure to meet emission value limits for nitrogen dioxide in most areas by 2010.

Earlier this week, the Commission rejected the UK’s postponement of the deadline to meet the target in 12 zones (see airqualitynews.com story).

Ms McIntosh then asked whether Defra was trying to ‘water down’ existing EU law in order to avoid infraction proceedings. The Commission is currently reviewing its air quality legislation to consider scope for further action to protect public health and the environment and the UK government is feeding into this.

Mr Instone rejected this suggestion, commenting: “We are actively involved in the review of the EU Air Quality regime. We are certainly not seeking to water down the new directive and are looking for sensible and targeted measures focused on environmental and health outcomes.”

Looking back to the UK, Mr Instone said Defra was working with DfT, local authorities and other stakeholders to investigate measures to reduce transport pollution and would continue to pursue these where it is clear that they can provide air quality benefits.

He pointed in particular to the possibility of a national framework for low emission zones, areas where only the cleanest vehicles have unrestricted entry. The UK currently had three low emission zones but only one of them, London, affects vehicles other than buses.

He said: “We are investigating the scope for a national framework for low emission zones. We are working with the DfT and lots of local authorities to encourage them. “We are talking about a mechanism which facilitates local authorities – so they take the decision on low emissions. We would not want to be overly heavy-handed.”