Action is ‘needed now’ to improve UK air quality through measures such as a National Framework for Low Emission Zones, according to the Environmental Industries Commission (EIC).

Mike Galey, chair of the EIC’s transport pollution control working group, told an EIC reception in Westminster on Tuesday (July 3) that Europe currently has over 2,000 Low Emission Zones (LEZs) in place. LEZs are areas where restrictions are in place on more polluting vehicles. 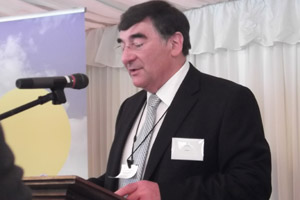 But, he said there are very few LEZs in the UK and progress is slow among local authorities in introducing them, despite the fact that the UK has been breaching EU limits for nitrogen dioxide since 2010.

Mr Galey therefore called on the government to produce a National Framework for Low Emission Zones in order to help local authorities improve air quality in their areas.

Defra and the Department for Transport are currently investigating the feasibility of such a framework.

He said: “The [transport pollution control working] Group is pressing hard for a National Framework for Low Emission Zones. The introduction of such a framework would facilitate introduction of Low Emission Zones at local level. This would be a more efficient way of delivering air quality improvements than uncoordinated local schemes. It would reduce the total costs of development and implementation, and avoid confusion amongst vehicle owners who might otherwise be asked to comply with different standards in different areas.”

Mr Galey added that the retrofit technology supplied by EIC members – who include his own company, Eminox – could be used to upgrade older vehicles to the same emission standards of those vehicles manufactured today, or better. While the technology is not cheap, it costs much less than new vehicles and Mr Galey said this was “particularly important in this challenging economic climate”.

To ensure the technology is doing the right job, Mr Galey said that a National Certification Scheme for retrofit emissions control systems was also needed. This is also something being considered by ministers.

He said: “A National Certification Scheme for retrofit emissions control would ensure that only those technologies that are the most effective in reducing emissions are approved for use, and would eliminate the need for local approvals with associated costs.”

During his speech, Mr Galey pointed to the economic and health benefits of improving air quality in the UK. He said air pollution is said to be responsible for the equivalent of 29,000 deaths each year in the UK and costs society £20 billion per annum.

Concluding his speech, he said: “I appreciate that none of these measures can be implemented without cost. However, study after study has shown that the costs of retrofitting vehicles amounts to only a fraction of the monetary value of the health benefits which ensue from some action.

“So, for the sake of public health, meeting EU air quality targets and mitigating climate change, I urge the government to act without further delay.”