In November 2011 Janez Potočnik, European Commissioner for the Environment, expressed his determination to make 2013 the ‘Year of Air’. He acknowledged that there has been substantial improvement in air quality in recent decades but in the light of the environmental/climate issues surrounding air quality and the large number of premature deaths resulting from air pollution, he says: “The challenge for all of us is to address the shortcomings of existing regulations in a decisive and co-ordinated way. This will require the goodwill of policy-makers at all levels – European, national, regional and local – as well as other stakeholders such as the automotive and oil industries.” 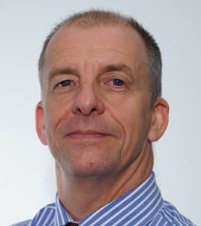 Jim Mills, managing director of Air Products, considers 2013 will be a significant Year of Air

The European Environment Agency’s 2011 report on air quality reflects air quality improvements for a number of key parameters, with concentrations of sulphur dioxide and carbon monoxide falling by about half in the decade ending in 2009. However, the report also shows that in 2008, levels of nitrogen oxide, ozone and particulate matter have risen, fuelling concerns about overall air quality, especially in urban areas.According to the Commission, some 500,000 people die prematurely in the EU 27, mainly due to exposure to high levels of fine particulate matter (atmospheric microparticles or ‘dust’ of a diameter of less than 2.5 micrometres), which originates from residential heating, transport (diesel cars and trucks, ships and planes), agriculture, industrial processes and power production.Particulates Particulate pollution continues to be a major problem, despite the considerable progress that has been made in the reduction of larger particulates such as PM10. This is due, in no small part, to the standard monitoring methodologies that have been adopted because particulates are generally monitored as the PM10 or PM2.5 fraction, whereas it is widely acknowledged that the finer particles (< 1 micron), are able to penetrate deeper into the lungs, and are responsible for the most severe health effects.

Black Carbon A further problem associated with tiny particles is their ability to act as “sponges” carrying small amounts of toxic species such as PAH’s and Dioxins which are adsorbed onto Black Carbon particles and transported deep into the body. PM10 and PM2.5 monitoring measurements provide a total figure for everything with mass in the sample and thereby assume that all particles are of equal significance. In reality this is not the case because some of the particles are benign from a human health perspective or are not anthropogenic so are of less interest from an air quality management perspective.

It is fortunate that the fine particles (from the combustion of fossil fuels) that are of most interest are Black Carbon and can be measured with an Aethalometer, which employs an optical method to only measure those fine particles which are black. Importantly, an Aethalometer can provide a real-time readout of the mass concentration of ‘Black’ or ‘Elemental’ carbon aerosol particles in the air which means that live data can be used to manage the main contributor of urban Black Carbon: road traffic. However, while the importance of Black Carbon is becoming widely acknowledged, air quality monitoring standards need to be adapted so that Black Carbon monitoring is included in all national ambient monitoring stations. 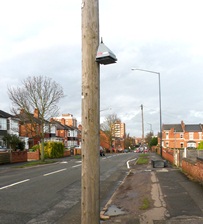 A further consideration with Black Carbon is its role in climate change because, after carbon dioxide, it is believed to be the second largest contributor to current global warming. Black Carbon increases global warming by absorbing sunlight, darkening snow and influencing the formation of clouds; its effects are most noticeable at the poles, on glaciers and in mountainous regions – all of which are exhibiting the greatest effects of climate change.Black Carbon stays in the atmosphere for a relatively short period of time – from days to weeks, before falling to ground as a result of dry deposition or precipitation. This is an important consideration in global strategy to combat climate change because CO2 stays in the atmosphere for many decades, so emissions reductions will take a long time to have an effect, whereas efforts to reduce Black Carbon could have a much faster beneficial impact on global warming.

In June 2011, a UN Environment Programme (UNEP) study estimated that ‘near-term’ global warming could be quickly reduced by 0.5 degrees Celsius by a reduction in Black Carbon emissions and that this would have an even greater benefit in the Arctic where it could reduce warming by 0.7 degrees.

Global action The importance of short-lived pollutants was recognised by the eight richest industrialised nations which agreed to take emissions reduction measures for short-lived climate pollutants, including Black Carbon, methane, ground-level ozone and hydro fluorocarbons at the recent G8 meeting in Maryland USA.

The Camp David Declaration of May 2012 included the following: ‘Recognizing the impact of short-lived climate pollutants on near-term climate change, agricultural productivity, and human health, we support, as a means of promoting increased ambition and complementary to other CO2 and GHG emission reduction efforts, comprehensive actions to reduce these pollutants, which, according to UNEP and others, account for over thirty percent of near-term global warming as well as 2 million premature deaths a year.  Therefore, we agree to join the Climate and Clean Air Coalition to Reduce Short-lived Climate Pollutants.’

UK air quality In common with most of Europe, the air quality improvements of recent decades have stalled and the UK is failing to meet many domestic and European air quality targets. The main parameters of concern are Nitrogen Oxides (from vehicles and electricity generation), Ozone (formed by a reaction between nitrogen oxides and organic gases) and Particulates (from combustion sources).

In 1952 over 4,000 Londoners (above the ‘normal’ mortality rate) are believed to have died as a result of the Great Smog and this led to the introduction of the Clean Air Act of 1956. However, in 1992, the Department of Health set up a Committee on the Medical Effects of Air Pollutants (COMEAP) which concluded that up to 24,000 deaths were still being ‘brought forward’ in the UK in 1995/1996 due to the effects of air pollution.

More recently, the UK Parliament’s Environment Audit Committee published a report which highlights the UK’s poor performance on air quality and the subject has become a hotly debated issue.

Public awareness Local Authorities monitor ambient air quality and publish data for the benefit of the public. However, as a result of public sector cutbacks environmental health professionals are focused on maintaining performance whilst implementing cost savings. Nevertheless, there are a number of opportunities for improvement; air quality needs to be higher on the political agenda and this can only be achieved if more people are aware of the problems, so we have to find ways to make it simpler for people to access easy to understand data. Happily, technology has advanced considerably and it will soon be possible to supplement existing monitoring networks with smaller low-cost ambient monitoring stations.

The main advantages of this technology, known as ‘AQMesh’, is that it can be positioned almost anywhere; improving spatial coverage and enhancing models. This will help ensure that readings are more representative of the air that people breathe. The AQMesh ‘pods’ are completely wireless, using battery power and GPRS communications to transmit data for the main air polluting gases to ‘the cloud’ where sophisticated data management will generate highly accurate readings as well as monitor hardware performance.

Traditional ambient monitoring stations have often been criticised because their physical location may limit their ability to provide representative data, so the ability to site low cost AQMesh pods in multiple locations, close to vehicles, passengers and pedestrians, will be a tremendous advantage.

‘What gets monitored, gets managed’ Marcus Pattison, one of the organisers of AQE 2013 (the air quality and emissions monitoring event) is a firm believer in the critical importance of monitoring for driving improvements. He says “The air quality progress that we have seen in recent decades has largely resulted from our ability to set targets and monitor our performance against them and this is why the Environment Agency, local authorities and the Source Testing Association are the driving forces behind events such as AQE 2013.”

AQE 2013  will be the world’s largest event to focus specifically on air quality monitoring and 2013 will be the seventh in this series of specialist air monitoring events which were previously known as ‘MCERTS’. Taking place at the International Centre in Telford, UK, on 13th and 14th March, the focus, as with previous events, will be on testing and monitoring; but ambient air quality will be addressed in addition to environmental emissions and workplace exposure. As a result, the theme of the first day of the conference will be ambient air quality monitoring and the theme of the second day will be industrial emissions to air.

In common with the previous MCERTS events, AQE 2013 will also include 70 free walk in/walk out workshops and an exhibition featuring over 70 of the world’s leading organisations in air quality and emissions monitoring products and services.

Marcus Pattison is obviously delighted that Janez Potočnik has designated 2013 as the ‘Year of Air’ because “It creates a ‘perfect storm’ of activity in air quality; the new Industrial Emissions Directive is now in place, public awareness of air quality issues is growing and the Commissioner’s work will help to ensure progress, so I believe that AQE 2013 will be a timely event, making a powerful contribution to 2013 becoming the Year of Air.”

The above article contains the views of Jim Mills, a particulate monitoring specialist and managing director of Air Monitors.

I’d like to knoiw what hapened at Telford. Is it correct that the Clean Air Act is to be drooped because standards simply cannot be met? How much of the air pollution in UK, for example, comes to us from Eastern Europe (i.e. when the wind is from NE – see recent Defra maps). Poland is in the EU and always seems to have very bad air quality – is Poland “sanctioned” in any way as a result? Can mroe be done to voice our concerns at the level of the EU? And what about the rise of domestic wood… Read more »