International car manufacturer Hyundai Motor Company has joined the Mayor’s London Hydrogen Partnership (LHP) and has committed to work together to bring hydrogen and fuel cell technology to the capital, the Greater London Authority (GLA) has announced.

The GLA revealed that Hyundai had joined the LHP on Monday (April 22), and the car manufacturer said it was currently working to produce 1000 Hydrogen Fuel Cell Electric Vehicles (FCEV) by 2015, which will be available for lease across Europe. 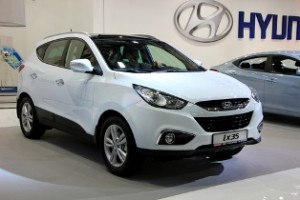 Hydrogen Fuel Cell Electric Vehicles (FCEV) are considered by some as a possible long-term successor to diesel and petrol passenger vehicles, as they produce zero emissions at the tailpipe, thereby causing a smaller impact on air quality.

The LHP is a public-private partnership set up in 2002 to support businesses and organisations in developing hydrogen vehicle technology and infrastructure in the capital. The partnership has strong involvement with Transport for London, Metropolitan Police and the London Fire Brigade, which the GLA said are currently trialling a number of hydrogen fuel cell technologies.

According to the GLA, over the last few years the LHP has initiated over £50 million worth of hydrogen projects; attracting and rolling-out new hydrogen buses, taxis, scooters, refuelling stations, materials handling vehicles and fuel cell combined heat and power units to London.

The LHP explained that fuel cell technology generates electricity from an electrochemical reaction, oxidising hydrogen (the energy source) ions with oxygen atoms to form water, rather than through using combustion as an internal combustion engine does.

In this process, electrons are released and flow through an external circuit as an electric current, powering the vehicles electric drivetrain but causing no tailpipe emissions. A fuel cell can run indefinitely as long as it is supplied with a source of hydrogen fuel and is near-silent in operation.

He said that developing a hydrogen economy in London would help support the Mayor’s ambitions to secure new jobs and investment while reducing the environmental impact from traffic.

Tony Whitehorn, president and chief executive of Hyundai Motor UK, added: “Hyundai Motor Company is proud to be joining the London Hydrogen Partnership, helping to create a future for the capital that’s cleaner and more sustainable. Hydrogen delivers considerable environmental benefits and we are looking forward to working closely with the other partners of the LHP to drive forward its widespread introduction.

“As the first and currently only manufacturer in the world to series-produce a hydrogen fuel cell vehicle, we believe we will play an invaluable role in demonstrating the benefits of this technology. The availability of the innovative Hyundai ix35 Fuel Cell shows that hydrogen is a practical source of clean and sustainable energy. The fact that this pioneering vehicle is being leased to public and private fleets today will help LHP create investment and employment opportunities as hydrogen infrastructure is developed.”

A joint government and industry working group study published in February forecasted that sales of hydrogen fuel cell vehicles could reach 300,000 by 2030, meaning there would be more than 1.5 million hydrogen powered cars on UK roads (see airqualitynews.com story).

Furthermore, a consortium of companies, backed by the government, started work in January to establish the UK’s ‘first’ network of hydrogen vehicle-fuelling stations across London and the South East (see airqualitynews.com story).

More information about the LHP is available on its website.