The Highways Agency has begun a consultation into plans to introduce a maximum mandatory speed limit on parts of the M1 motorway, under proposals to reduce air pollution from vehicles using the motorway. 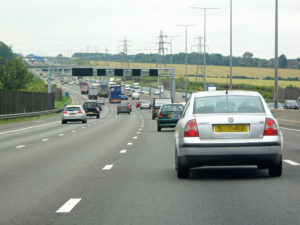 The Agency is proposing to implement a maximum mandatory speed limit of 60mph between junction 28 at Mansfield and junction 35a at Sheffield and Rotherham between 7am and 7pm, seven days a week, as part of improvements planned for the road.

The speed limit will be used to manage traffic speeds on the motorway, which is 193 miles long, and connects London and Leeds, and help reduce congestion and air pollutants locally.

According to the body, environmental assessments carried out on the proposed smart motorways schemes on that section of the M1 showed there was likely to be an adverse impact on local air quality if the motorway continued to operate at the national speed limit (70mph).

In a statement, the Agency, said: “Clean air is important for human health and the health of the environment which is why an improvement scheme may be operated differently until air quality levels sufficiently improve.

“Options are considered carefully on a scheme by scheme basis as part of the environmental assessments carried out on all projects ahead of any work starting.”

An eight week consultation into the proposed regulations needed to bring about the speed reduction has begun today (January 6) and is due to finish on Monday March 3. Local authorities, transport associations and emergency services have been asked to comment on the plans.