Trade union GMB has called on the government and UK councils to tackle exposure to particulate matter PM10 for staff working on busy streets.

The union has today (May 15) published annual mean PM10 levels monitored at 58 sites across the UK for 2014 so far by the Department for the Environment, Food and Rural Affairs (Defra). 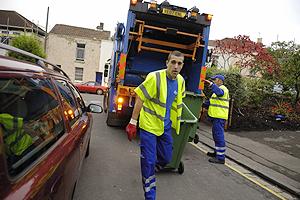 While none of the sites breach European Union annual average limits for the pollutant of 40mg3 (micrograms per cubic metre), a number of monitoring site show levels higher than the World Health Organization (WHO) guidelines of 20mg3.

According to the data, the likes of Port Talbot Margam and London Marylebone Road have so far averaged 29mg3 for PM10.

John McClean, GMB national health, safety and environment officer, said: “This study shows that there are high levels of PM-10s in areas across the UK. Clean air should be a right, not a privilege.”

As a result, the union is calling for a ban on high polluting vehicles in city centres; improved public transport and cycling facilities; and more localised air quality monitoring.

Mr McClean also called on diesel vehicle manufacturers to fit diesel particulate filters (DPFs) to their vehicles: “The mistaken belief that diesel cars are ‘better’ for the environment has to be challenged. Diesel cars emit twenty two times more PM10s that petrol cars do.”

“Contractors and councils should consider installing monitoring equipment on wagons and barrows. They should look at designing street cleaning and refuse collection routes to avoid the times in the areas with the highest levels of pollutants.”