Residents protesting against a controversial waste incinerator proposed for Deeside in North Wales have claimed the facility will add to air pollution in the area.

The Burton Residents’ Association has objected to the 200,000 tonnes per year capacity energy-from-waste plant, on the basis that it will cause additional pollution and contribute to the noise of the neighbouring Shotton Paper Mill. 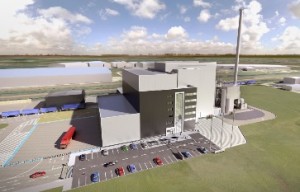 Last month, EfW specialist Wheelabrator Technologies was named preferred bidder for a 25-year contract – worth an estimated £800 million – for the five councils in the North Wales Residual Waste Treatment Project.

According to the councils, the facility will help them towards meeting the Welsh Government target to recycle 70% of waste by 2025.

But the company is now attempting to lay residents’ concerns ahead of seeking planning permission for the site at Deeside Industrial Park, claiming it will go beyond “the typical requirements of the already stringent regulations” and introduce “additional air quality monitoring for the site, providing added assurance for local communities.”

This week, Gary Aguinaga, vice president of UK operations at Wheelabrator Technologies, said:  “We want people to ask us questions because that means we can start to address some of the concerns that have been raised, and we can demonstrate how our experience and commitment to excellence will make this a state of the art facility that North Wales can be proud of.

“I’d encourage people to contact us, find out how they can get involved and ensure they make their views known.”

But, the Burton Residents’ Association has already urged residents to voice their objection to the proposals during the forthcoming consultation tour around Deeside and Conah’s Quay, which will also see Wheelabrator answer questions at the Gladstone village hall between 2pm and 8pm on June 12.

The Association states: “The Association has already formally objected to the Incinerator going ahead on the grounds of adding extra polution levels for the Deeside area, as well as additional noise which will add to the already noisy Shotton Paper Mill, if it is built next door.

“We would urge all residents to attend and confirm your objection in person to this unwelcome development on our doorstep.”

The consultation runs until July 11 2014 with a series of six public exhibitions taking place in the first half of June with Wheelabrator Technologies due to a planning application to Flintshire county council later this year.

The forthcoming exhibitions of the proposed plans for the Deeside Incinerator Plant are nothing but a bluff on behalf of Flintshire County Council and Wheelabrator the preferred bidder. The decision has already been made and we will have this installation foisted upon us. Anglesey councils turned down this proposal point blank, but the independent members on Flintshire County Council decided to accept the proposals and the Council is facing a fine of at least £20 million pounds if this scheme does not go ahead. What idiots would allow such a scheme to go ahead in one of the most densely… Read more »

You need to start Air Monitoring now to give you a baseline.This plant if built will contribute less than 1% towards the overall levels of Oxides of Nitrogen (N02) in the ambient air. Under present Planning Regulations this plant would be recommended by the Planners as a Sustainable Development