‘Substantial’ progress has been made to reduce the impact of harmful air pollutants in the United States, a report released by the US Environmental Protection Agency (EPA) has found. 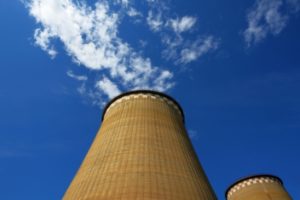 There has been a 60% reduction in mercury from man-made sources in the US, including coal-fired power plants

Using national emissions and air quality data, the EPA report shows that progress has been made across the country since amendments to the Clean Air Act were introduced in 1990.

Developments include a 66% reduction in benzene, an estimated 60% reduction in mercury from man-made sources including coal-fired power plants, and an 84% decrease of lead in outdoor air which is known to slow brain development in children.

Other feats include the removal of an estimated 1.5 million tonnes per year of pollutants like arsenic, benzene, lead and nickel from stationary sources and another 1.5 million tons per year (about 50 percent) of air toxics from mobile sources.

This is significant because pollutants like these are known or suspected of causing cancer and can damage the immune, respiratory, neurological, reproductive and developmental systems.

And, approximately 3 million tonnes per year of criteria pollutants, like particulate matter and sulphur dioxide, have been reduced from cars and trucks as co-benefits of air toxics reductions.

Commenting on the report, EPA administrator Gina McCarthy said: “This report gives everyone fighting for clean air a lot to be proud of because for more than 40 years we have been protecting Americans – preventing illness and improving our quality of life by cutting air pollution – all while the economy has more than tripled.

“But we know our work is not done yet. At the core of EPA’s mission is the pursuit of environmental justice – striving for clean air, water and healthy land for every American; and we are committed to reducing remaining pollution, especially in low-income neighbourhoods.”