Air quality campaigners have lent their support to a Leicester council scheme to improve pedestrian infrastructure and cut traffic pollution in the city centre.

Various city centre changes have been planned by Leicester Mayor Sir Peter Soulsby to ‘improve the appearance of key locations, pedestrian links, cycle routes and traffic flow’ as part of the Connecting Leicester project, but an online petition criticising the scheme for causing congestion has attracted hundreds of signatures. 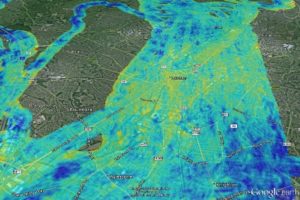 The project includes plans to extend ‘pedestrian-friendly’ and cycle routes on the likes of New Walk, Newarke Street, Southgates and Applegate, while on Berridge Street footways are being reconstructed and pavements widened for pedestrians.

The council also hopes that a new £13.5 million bus station on the existing Haymarket site – set for completion by Christmas 2015 – will reduce congestion, with extra bus stands and wider footpaths added, as well as the removal of a roundabout at the junction of Charles Street and Belgrave Gate.

Defending the project, Leicester Friends of the Earth said the project was removing the “dominance of roads in the city centre” and that investment in the new Haymarket bus station would “encourage people to choose more sustainable transport options”.

Leicester FotE campaigner Hannah Wakley said: “We also have levels of air pollution in Leicester that cause 250 premature deaths every year. The only way we can tackle these problems is to walk, cycle and take the bus more so we have to make these options more convenient than jumping in the car. We are happy that the city council is trying to make sustainable transport choices more appealing.”

The online petition against the scheme was launched by local resident Mark Radymski and called on the Mayor to “review and resolve the traffic chaos/congestion caused by the various ‘improvements’ made to our city centre and the surrounding roads”.

Mr Radymski, a motorist who describes himself as “not anti-cyclist, I cycle myself on a road bike where possible”, had received nearly 900 signatories to his petition on Tuesday afternoon (November 4) and believes that the Connecting Leicester project needs reviewing in order to reduce pollution and boost road safety.

The petition states: “If something is not done soon, the high street will be non-existent further increasing the use of out of town shopping areas and internet shopping. Then who will sit in your jubilee/peace square you have wasted money on which could have been better spent providing facilities or improving the transport network. “