Recyclers of compost and organic material have expressed concern over new draft guidance on the monitoring of bioaerosols which they believe puts forward proposals which could be too onerous and place extra costs on industry. 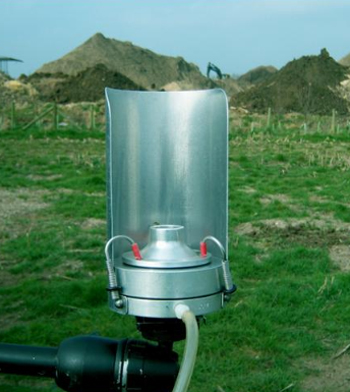 Although not being launched for formal consultation, the draft Environment Agency guidance, entitled ‘Technical Guidance Note M9’, was sent out last month to a number of recycling and waste companies for comment.

Bioaerosols are airborne particles that contain living organisms or parts of living organisms, such as bacteria, fungi or plant spores. They are often found in greater numbers at organic waste treatment facilities as they rely on microorganisms to break waste down.

Conditions currently being set in Environmental Permits specify that operators must monitor these airborne micro-organisms around sites and mitigate them due to concerns over the impact on human health.

The existing 2009 standardised protocol provides guidance on the monitoring of ambient bioaerosols from open-windrow composting facilities.

However, M9 sets places stipulations on measuring bioaerosols from all sorts of organic waste treatment facilities, and does not just target environmental emissions but also emissions from specific points – known as ‘point sources’ – such as stacks and biofilters. It also takes into account developments in approaches and techniques for bioaerosol monitoring.

When contacted about the draft guidance by AirQualityNews.com, technical director and head of organics at the Renewable Energy Association (REA), Jeremy Jacobs, said: “The guidance is more onerous and is going to be more costly than the current arrangements”.

Mr Jacobs suggested that the approach taken by the Agency to bioaerosols was overly precautious and that more evidence was needed on the risks.

Under the draft M9 requirements, operators are instructed to take a risk-based approach when deciding on an appropriate bioaerosol monitoring regime. They are advised to plot the likelihood of exceeding the threshold levels at sensitive receptors or emissions threshold values for stack gas or biofilter emissions against the consequences of exceeding them.

Based on the outcome, the guidance suggests that monitoring should either be: occasional (not required or every two years, as agreed with regulator); regular (annual); frequent (six monthly) or intensive (quarterly/bio-monthly or more).

The document explains that bioaerosols can be measured using a number of different techniques and describes them in detail. This includes methods to measure point source emissions from a stack or biofilter, as well as methods to determine the process contribution of bioaerosols at a sensitive receptor, by measuring the airborne concentration of bioaerosols upwind and downwind of the facility.

Writing in the draft guidance, the EA said:

The informal consultation closes on September 30, after which a final version of the guidance is due to be released.