Natural Resources Wales (NRW) has refused an environmental permit application for a waste treatment facility in south east Wales because of its “potential impact on local air quality”. 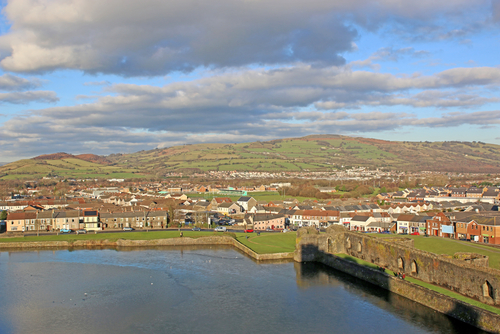 NRW refused to allow waste activities at the proposed facility in Cwmfelinfach, near Caerphilly, because nitrogen dioxide (NO2) emissions produced by the process could have a negative effect on local people’s health.

The population in the area is already among the top 10% of the most deprived in Wales in terms of health. The decision was made on the basis that “there is no known safe threshold of exposure to NO2”.

NRW has informed the operator, Hazrem Environmental Limited, of its decision.

The proposed waste recovery facility would accept and process up to 100,000 tonnes of non-hazardous household, commercial and industrial waste per year. The activity at the site would involve sorting and segregating waste for recycling and the production of fuel.

However, NRW found that the burning of natural gas in an on-site drier would release emissions, including nitrogen dioxide, which could have a detrimental effect on the health of local people.

Jon Goldsworthy, operations manager for NRW, said: “One of our main roles is to protect communities from poor environmental quality that is detrimental to people’s health and the environment.

“We received evidence during the public consultation from Public Health Wales to advise us about the potential impact on local air quality.

“As a result we believe that the proposed facility has the potential to have a negative impact on the health of people living in the area. This is due to a predicted short term increase in Nitrogen Dioxide concentrations during certain weather conditions, such as thermal inversions.

“We were not satisfied that the company’s detailed plans demonstrate that it can operate without harming people.”

AirQualityNews.com contacted Hazrem Environmental Limited and a comment is expected.