European ministers have agreed principles for a new emissions testing regime and reforms to the system for type-approval and monitoring of vehicles.

According to the Council – which is made up of ministers from each of the European Union’s member states – the reforms will ‘modernise’ the current testing system on vehicle emissions and ‘improve control tests on car emissions data’. 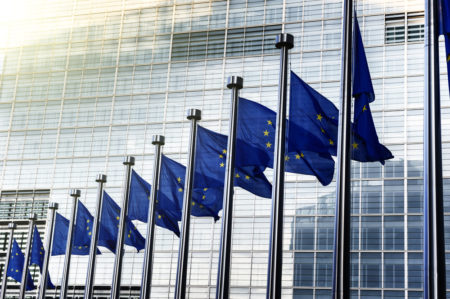 Under EU vehicle type approval rules, member states are responsible for checking that a car model meets all EU standards before it can be sold on the single market, and must have effective and dissuasive penalties systems in place to deter car manufacturers from breaking the law.

Plans to toughen the type approval regime include handing greater power to the European Commission to crack down on carmakers whose vehicles do not meet relevant environmental standards – with fines of up to €30,000 per non-compliant vehicle under consideration.

The proposals will now be negotiated with the European Parliament before they can become EU law. The Parliament voted in favour of plans to toughen the type approval regime in April.

Commenting on the agreement, Chris Cardona, chair of the Council, and Malta’s Minister for the Economy, Investment and Small Business, said: “Public health, air quality and innovation are at the core of this agreement. The only way to restore and increase trust in the European automobile industry is to help develop clean and safe technologies. Reliable control tests for cars will be established so that emission irregularities that happened in the past cannot reappear in the future.”

The new market surveillance obligations agreed by the Council would require one in every 50,000 new vehicles registered within member states to be assess to ensure that they meet the relevant environmental and safety standards.

This includes checks to ensure that emissions standards are met under real driving conditions.

According to the Council, the agreed proposals will strengthen the quality of testing that allows a car to be placed on the market through improved technical services.

The plans would also enhance market surveillance to control the conformity of cars already available on the market, with the possibility for member states and the Commission to carry out spot-checks on vehicles in order to detect failures at an early stage, the Council claims.

The draft regulation to modernise the type-approval system of motor vehicles was presented by the Commission on 27 January 2016.

According to the Council, a ‘fundamental’ overhaul of the existing type approval system, which was designed ten years ago, was already foreseen in the EU’s work programme.

However, discovery of the use of ‘defeat’ devices by some car manufacturers have made public opinion, authorities and economic operators aware of the need to implement robust provisions on type-approval, the Council has claimed.