An LEZ is expected to be set up in Scotland by 2018, in line with the Scottish Government’s Cleaner Air Strategy (see airqualitynews.com story ), which it is hoped will help shape criteria for the design of future LEZs in the country. During questioning by the Scottish Parliament’s Environment, Climate Change and Land Reform Committee last week (27 June), Ms Cunningham revealed that findings from LEZs established in cities including London and Berlin are being taken into consideration when designing a policy for a Scottish LEZ.

She added that both Glasgow and Edinburgh councils had expressed interest in having an LEZ in their cities.

Questioned on the effectiveness of LEZs in tackling air pollution, she said that outcomes are “hugely dependent on local factors, such as the zone’s size and operational scope, traffic data robustness, and local meteorology.

“Whether there is a better or worse outcome depends on what people do. The best LEZs appear to manage to reduce emissions.”

She added: “In the Berlin LEZ there was a 7 to 10% reduction in NOx. One localised study in London achieved a 3 to 7% reduction—that is the ballpark we are in, by the look of it. I think that two local authorities in Scotland—Glasgow and Edinburgh—want to discuss having a low-emission zone. It is heartening that two authorities are actively interested in the approach.”

The minister confirmed that at present no firm approach to how a Scottish LEZ would work has been drawn up, and hinted that the introduction of the zone would likely be shaped by local requirements.

She added: “Different cities might have different ideas about how best to manage the process. It is expensive and money has to be invested, so I am cautious about being able to have a big-bang approach as a £100 million job is unlikely to be manageable in the current financial situation. Therefore, with local authorities, we are exploring how it can be dealt with.”

Following on from Ms Cunningham’s appearance, the Committee has launched an inquiry to assess the implementation of air quality policies within the country. 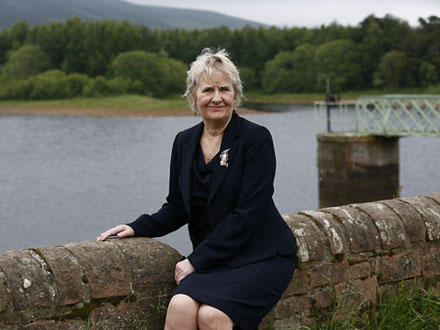 The Committee is asking for views on whether the Scottish Government has put in place adequate support and incentives to improve air quality, with submissions due by 18 August.

Graeme Day, Environment, Climate Change and Land Reform Committee Convener, said: “Scotland has taken great strides towards having the cleanest air in Europe, but we must take air quality seriously in order to achieve our ambitious targets.”

He added: “As part of our new inquiry, the Committee wants to hear whether Scotland is doing all that it can to tackle toxic gases and how this fits into the overall plans to cut pollution within the UK and EU. It’s crucial that we have the best policies in place so that we can breathe clean air and protect the health of our future generations.”