Councillors in the south London borough of Southwark have voted in favour of a five year Air Quality Plan, setting out measures to address air pollution in the borough up to 2022.

The council has also appealed to the government to bring forward a ‘comprehensive’ package of measures when it publishes its air quality action plan later this month. 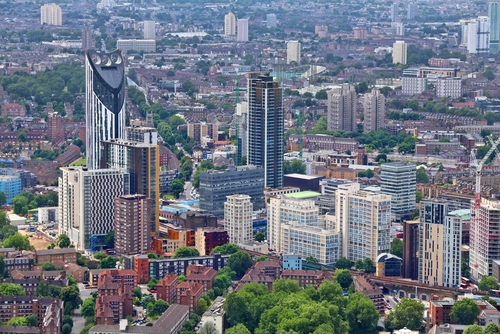 7% of adult deaths in Southwark may be linked to air pollution, Southwark council has claimed

Agreed on Tuesday (18 July) Southwark’s Air Quality Strategy and Action Plan lays out 113 actions and anticipated targets that will contribute to improving air quality in the borough.

According to the council, research by Public Health England suggests that 7% of adult deaths in Southwark may be attributable to air pollution.

Recent analysis by the Institute for Health Metrics and Evaluation also estimates that air pollution is ranked as the tenth largest risk factor for mortality and ill-health in England.

The council has identified pollution from vehicles as the biggest contributor to poor air quality in the borough, and measures including enforcement against engine idling have been identified as steps to be taken by the borough to improve air quality.

Alongside anti-idling action, the council has also targeted a switch to low emission vehicles for all of its newly procured commercial fleet vehicles, as well as the introduction of telematics across its fleet to improve vehicle efficiency. Council vehicle operators will also undergo smarter driving training to improve driving efficiency.

Other actions include encouraging cycling and walking, reviewing the impact of planning applications and the introduction of renewable energies for new homes.

Commenting following the adoption of the plan, Councillor Ian Wingfield, Southwark council’s cabinet member for environment and public realm, said: “The impact of poor air quality on health is significant and beyond doubt. We are fully committed to doing all we can to encourage our services, local businesses and residents to consider air quality in the choices they make and everything they do. Local air quality is a public health priority for Southwark and we already have performance indicators regarding improving air quality listed in the current council plan.”

Councillor Wingfield also called on Secretary of State Michael Gove to bring forward measures that would address air pollution at a national level.

He said: “The issue of poor air quality does not stop at borough or even city boundaries – it is a national issue which requires a national response and national funding.”